The collaborative move aims to build upon the success of the National Sports Convention, which in 2017 was supported by the Australian Sports Commission (ASC), Sport New Zealand, and 15 other peak bodies.

Held on the Gold Coast in November last year, the Sports Commission’s biennial Our Sporting Future Conference will now feature as part of the National Sports Convention.

ASC Chief Executive Kate Palmer said she was pleased to join Australia’s two largest community sport and recreation conference programs, stating “this partnership enables our messages to have greater impact and reach broad sectors of community sport, including health, education and government. The Australian Government’s National Sport Plan will be released in 2018 and this underlines the importance of physical activity, play, recreation and community sport to Australians.

“The 2018 National Sports Convention will be Australia’s and New Zealand’s largest and most important community participation conference.”

As a result of the link, organisers are anticipating record delegate numbers for the Convention, being held at the Melbourne Convention and Exhibition Centre (MCEC) from 16th to 18th July 2018.

Relocation of the event to MCEC will see the event accommodate additional conferences, events and collaborators. 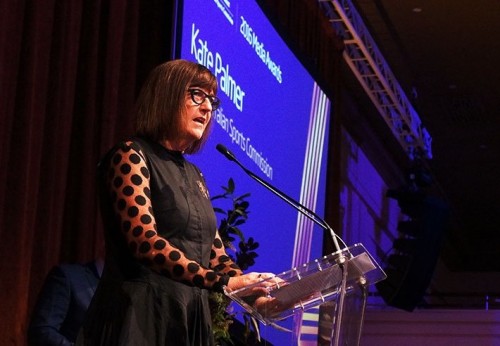 Each Conference will share the global keynote speaker sessions before adjourning to their own conference program.

Welcoming the partnership, National Sports Convention co-founder Martin Sheppard stated “the Australian Sports Commission is playing a lead role in the Australian Government’s development of a National Sport Plan and has a major focus on increasing participation across the population.

“Integrating the ASC’s Our Sporting Future conference into the National Sports Convention 2018, supported by the Committee of Australian Sport and Recreation Officials (CASRO), provides a single knowledge sharing and communication event for everyone in Australia who is responsible or committed to encouraging more people to be more active, play, recreate and participate in community sport.”

For more information on the National Sports Convention click here to view details in the Australasian Leisure Management Industry Calendar.