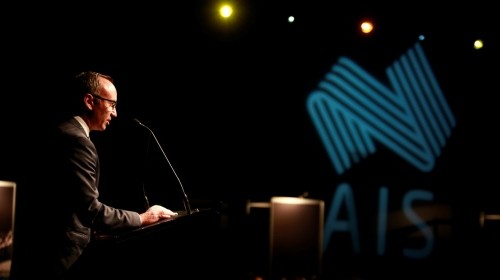 Commenting on hi smove, Favier, who took the reins at the AIS five years ago and was the architect of the Australian Sports Commission’s contentious Winning Edge strategy, commented that it was time he returned to the “coalface’’ of Australian sport.

Favier explained “I have been in a system role for eight or nine years (including a role with UK Sport) so there was a question of how much longer it would be appropriate for me to be in this role.

“In this type of leadership role you need to stay relevant. You can lose touch with the coalface of sport and I don’t want to do that.’’

Favier said he had been considering his position since the Rio Olympics and his decision was unrelated to the highly-publicised falling out between the ASC and the Australian Olympic Committee.

Returned AOC President John Coates has been particularly hostile to Favier, partly because Coates disagrees with the targeted funding approach of Winning Edge, but also because he is convinced Favier played a part in the move to unseat him as AOC President this year.

Coates announced in February, just after a public argument with ASC Chairman John Wylie in Melbourne, that Favier, a deputy chef de mission of the Rio Olympic team, would not be part of the process for the Tokyo Games.

But Favier said the AOC-ASC tensions “were not a factor at all’’ in his resignation.

ASC Chief Executive Kate Palmer commended the strong leadership at the AIS, advising “Matt has been instrumental during a pivotal transition period for the ASC, the AIS and the Australian high performance sport system. His leadership over the past five years has shaped Australia’s high performance strategy, laying a strong foundation for future international improvement and success.

“Matt has led the AIS forward in its continual pursuit of excellence, and has played a far broader role in helping to better align the Australian high performance sport system.

“Matt leaves the ASC and the AIS with our thanks, congratulations and best wishes, and we are delighted he will continue to be a key influencer in Australian sport with his new role at Hockey Australia.”

Favier went on to say “as a former AIS athlete, I have always had a special affinity with the AIS and it has been a tremendous privilege to serve as Director for the past five years.”

“I am very proud of the work the AIS has done during that time, it has made a genuine difference to the sector. The AIS may look different than when I began in 2012, but the Institute’s goal always remains the same - to help Australian athletes and sports achieve long-term, sustainable success.

“This decision is not one I have taken lightly, but the time is right as the AIS and sports commence the next four-year Olympic cycle towards Tokyo 2020.

“I remain very passionate about Commonwealth Games and Olympic sports, so I’m excited by the opportunity to be CEO of an iconic Australian sport like hockey.”

The ASC will soon commence recruitment for an AIS Director.