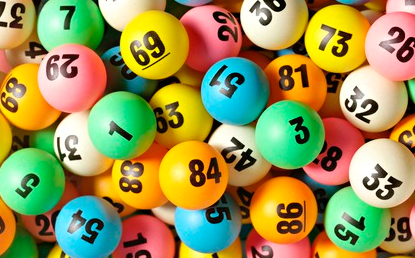 The Federal Government’s plans to establish a national lottery for funding sporting programs at all levels and centralise funding and control of Australian sport have hit a setback at the annual Meeting of Sport and Recreation Ministers in Sydney.

Sweeping changes to how high performance sport, including how State Institutes of Sport are governed and funded were presented at the meeting by the Federal Government.

Minister Murray explained “any proposal that takes decision-making and funding control out of WA is not something the State Government will support.

"Funding and sport decision-making needs to start at a local community club level, then through State-based associations and institutes such as WAIS (Western Australian Institute of Sport) and finally at a national level.

"WA sport clubs want government support, not government control. They certainly don't want to take instructions from a bureaucrat in Sydney or Canberra who has no understanding of the unique characteristics of their sport in this State.

“We will support Federally led initiatives to align national strategies and strengthen our sporting partnerships, but not when they isolate and alienate grassroots community sporting clubs and local sporting associations."

The meeting also considered changes to how the lotteries system funds sport at all levels - including grassroots and juniors - through the introduction of a national sport lottery, as well as the proposed National Sports Plan.

Queensland Minister for Sport Mick de Brenni spoke out against the lottery plan suggesting it was a “thought bubble” that would likely see an overall decrease in the level of funding for elite sport.

Minister de Brenni stated “I think all states would agree that sport needs a significant injection of funding from the Commonwealth across all levels.

“For a national plan to work we need to see a real funding increase for sport and this lotto plan doesn’t do that.

“Lotto is already a crowded field in Australia and there real doubts about whether this idea would even be successful.

“Tying our long-term sporting future to gambling is short sighted. The message from the states to Mr Hunt is that he needs to go back to the drawing board and find smarter ways to increase funding for sport.”

“The QAS is outperforming other states and federal intervention isn’t necessary.

“The most valuable thing that Commonwealth can do to help sport is to provide real funding to make kids’ sport cheaper for parents.

“Not every kid will win a gold medal but we know that regular organised exercise benefits kids throughout their lives.

“Parents need a hand to lift the cost burden of sports, and so far it’s been the state Government that has done all of the heavy lifting.”

Meanwhile, the Australian Financial Review gas reported that the Tatts Group will be "very protective" of its lottery assets around the country should the Federal Government move ahead with is national sports lottery plans, fearing that they could cannibalise Tatts' customer base.