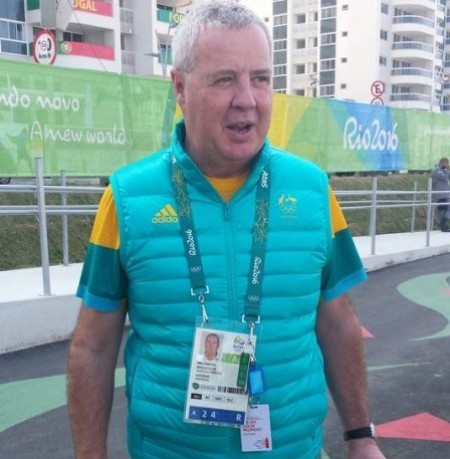 The previously undisclosed ‘golden handcuffs’ arrangement, detailed in a December 2015 agreement signed by Coates and Tancred, commits the AOC to providing Tancred with a $125,000 ‘retention incentive payment’ in addition to any increase to his $330,610 salary.

The one-off payment, due on 30th November 2020, would inflate Tancred’s total remuneration package above the most recently published salary figure for the AOC’s Chief Executive.

Tancred has been stood down since April 26 from AOC duties while a series of specially convened hearings determine multiple complaints against him by former staff for alleged bullying and threatening behaviour.

In the first case to be heard, he was found guilty of disreputable conduct and "severely reprimanded" over his conduct towards former AOC Chief Executive Fiona de Jong.

Former AOC staff member Ryan Wells, who worked for the body between 2000 to 2005, has this week also called for the AOC Athletes’ Commission to intervene in an investigation assessing complaints made against Tancred.

An open letter to the Commission, Wells highlights how  he was threatened by Tancred when at the organisation, while three unnamed women have also reportedly making either informal or formal complaints.

Wells has claimed he has "no confidence”" in the latest inquiry, after several requests to meet assurances were not met and has called for the AOC Athletes Commission to honour their commitment to support an independent review of workplace culture.

In May, when the Commission backed Coates for re election as AOC President, it stated “the AOC expects very high standards of athletes who represent Australia at the Olympic Games, and the Athletes’ Commission believes that the same high standards should be placed on employees, directors and contractors to the Australian Olympic Committee.”

"The Australian Olympic Committee Athletes’ Commission, as the principal custodians of the Olympic movement and Olympism in Australia, I know will take the obligation to uphold the Olympic values seriously and will have been deeply concerned about the disrepute the conduct of Mr Tancred has heaped upon the movement in Australia.”

Wells has urged the Commission to intervene to ensure a public call for evidence is made to the inquiry and the appointment of a "wholly independent advocate to represent victims".

Wells has also demanded that the terms of reference are published publicly prior to hearings beginning, as well as an "absolute assurance that bulling incidents are heard concurrently, any sanctions arising are considered cumulatively and are mutually aggravating".

In his letter, Wells added "it is my understanding that the AOC, or those acting under its auspices, have withheld terms of reference to avoid scrutiny, appointed the inquiry panel and anointed long-term AOC legal representatives as the ‘independent’ inquiry .

"Indeed, it seems that the complaints against Mr Tancred are each being considered separately, and only in the context of the AOC Code of Ethics, which apparently defines bullying in such a narrow way that, for example, the bullying against each of former CEO Fiona de Jong, former company secretary and Chief Finance Officer Sue O’Donnell, myself and others are each considered separately rather than as a chain of behaviour.

"I have sought and been denied assurances from the AOC that the forthcoming second Tancred inquiry will be full, forensic and just so am unwilling to contribute to the second inquiry in its current form."

A timescale has not yet been given for the conclusion of the investigation into the remaining complaints.

The AOC have also committed to an independent review of workplace practices.

de Jong spoke out against the conduct of Tancred in the lead-up to the AOC Presidential election on 6th May when Coates held off the challenge of rival Danielle Roche to be re-elected.

Coates received 58 votes to Roche's 35, extending a reign which stretches back to 1990.

Tancred has denied the allegations made against him.