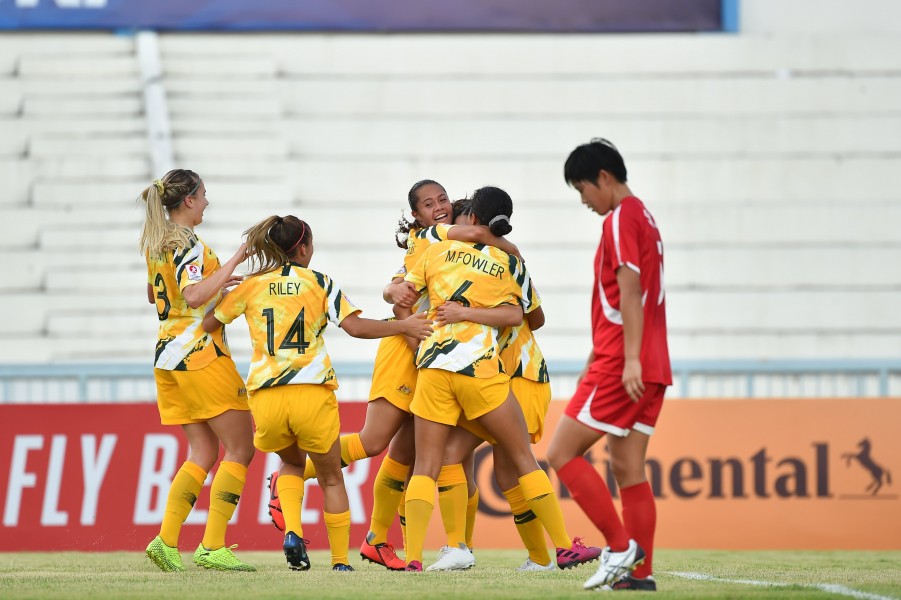 With a view to hosting a round one qualification group for the Asian Football Confederation (AFC)  U-20 Women’s Asian Cup 2022, Football Federation Australia (FFA) today announced its partnership with Greater Shepparton City Council in Victoria.

This bid is in addition to the bid alongside Cessnock City Council to host a round one qualification group for the AFC U-17 Women’s Asian Cup 2022 in April next year.

Round one of qualifiers for the AFC U-20 Women’s Asian Cup 2022 are scheduled to take place in March next year, and if FFA’s bid is successful, three or four Asian nations would join the Young Matildas in regional Victoria for a tournament that would inject significant investment into the local economy.

FFA Chief Executive, James Johnson, said FFA remains acutely aware of the ongoing COVID-19 restrictions and guidelines in Victoria and nationally, and added that any event staged by FFA in the current environment would only be held in close cooperation with authorities.

Johnson advised “we are excited to have partnered with Greater Shepparton City Council to submit another bid to host AFC youth women’s football content in Australia next year.

“This bid – alongside our submission with Cessnock City Council announced in August – aligns with our vision to host more national team matches on home soil, particularly in the lead up to our hosting of the FIFA Women’s World Cup™ in 2023.

“Like our bid with Cessnock, this submission with Greater Shepparton City Council has taken place in the hope and expectation that the COVID-19 situation in Australia will have improved significantly by 2021. Should we win hosting rights we will work closely with AFC and representatives from all levels of Government to deliver the tournament if it is safe to do so.

“We recognise and acknowledge Greater Shepparton for their foresight to work with us on this bid, which may result in some of the potential stars of 2023 featuring in regional Victoria just two years prior to the FIFA Women’s World Cup™ on our shores. The tournament will be a wonderful opportunity for our future stars to showcase their talent in front of friends and family. Football is a global game and we want to create more opportunities for our communities, particularly in regional Australia, to see international matches and connect with the game.”

Greater Shepparton City Council Mayor, Seema Abdullah, said the potential hosting of the qualification tournament would help her region on its road to recovery from the COVID-19 pandemic adding “Council is very excited to partner with FFA to bid for such a prestigious international women’s tournament.

“Securing an event of such calibre would be a real coup for Australia and our region.

“Our community has a proud football history and it would be great for the promotion of the sport in Australia and so inspiring to see our country’s best junior women’s footballers go up against Asia’s best, in our own backyard at the Shepparton Sports City precinct.

“As the health and safety of our community is the number one priority, if Greater Shepparton were awarded this tournament Council will work closely together with FFA to monitor the Chief Health Officer’s directions and Government restrictions in the lead up to the 2021 event.

“Local businesses in our visitor economy are doing it tough right now and if the tournament is secured and safe to go ahead it would be a real boost to our business community.”