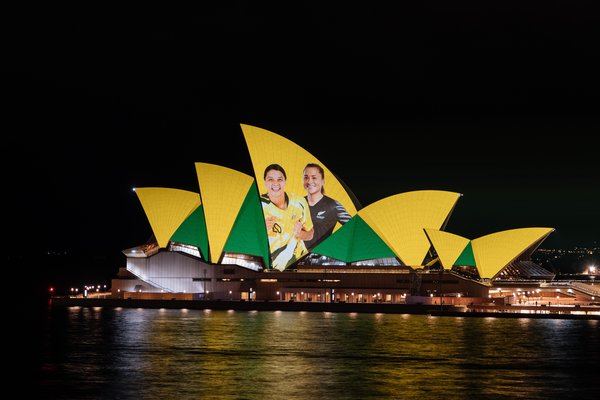 The announcement that the world's largest women's sporting event is coming to Australia and New Zealand in 2023 is exciting cities and venues that will host FIFA Women's World Cup matches.

The Australasian bid, announced as the tournament host overnight, will be the first 32 team edition of the tournament and will be held during a period allocated by world football governing body FIFA in the its Women's International Match Calendar between 10th July and 20th August 2023.

While match dates and venues are still to be confirmed, the final is to be played at Sydney's ANZ Stadium while Eden Park in Auckland will likely host the opening ceremony and opening match.

With FIFA estimating that more than 1.5 million tickets will be sold, generating more than $40 million in revenue, the Tourism & Transport Forum (TTF) sees hosting the tournament as a "victory" for future domestic and inbound tourism. 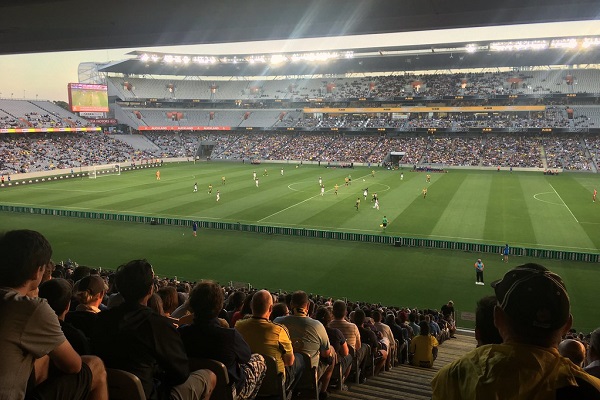 TTF Chief Executive, Margy Osmond said that after flood, fire, virus and border closures over recent months, the Australian tourism industry was in desperate need of some good news, advising "we will turn up in droves to watch sport in whatever shape, form or fashion and this tournament will be a welcome boost to tourism.

“A consumer sentiment survey commissioned by TTF and conducted by Newgate Research revealed that spectating at sporting events was the sixth most preferred type of tourism activity for Australians.

“But in terms of inbound tourism, to have the world game of football coming to Australia in 2023, we can only lick our lips as to the sheer volume of international visitors that will travel here, not only for the tournament but in the years to follow."

Mayor Goff noted "our track record of hosting top international events speaks for itself and to have our national team and the world’s best footballers in our backyard come 2023 will be fantastic.

“The FIFA Women’s World Cup 2023 will bring significant economic benefits to our region, showcase Kiwi football talent, and with football growing in popularity among women and girls, this tournament will no doubt inspire greater participation and following." 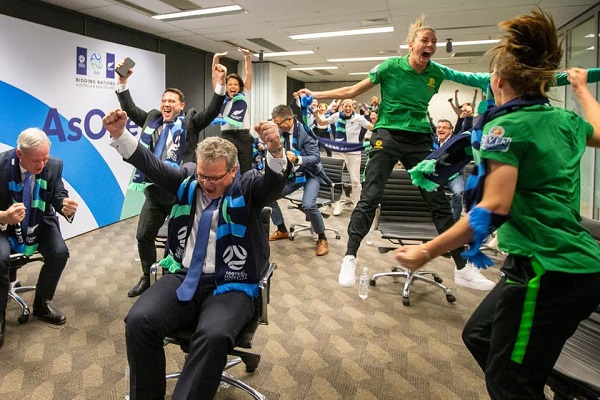 Eden Park Chief Executive, Nick Sautner added “Eden Park is thrilled to welcome the FIFA Women’s World Cup 2023 to our national stadium and create unforgettable memories for Kiwis and visitors. We look forward to working with ATEED, the wider Auckland Council family and the Government to ensure that our facilities are world-class to deliver three successful World Cup tournaments in three years.”

With Sydney likely to host key matches including the Final, NSW Premier Gladys Berejiklian said the winning of hosting rights was a massive coup for NSW, stating "we are ecstatic to be welcoming the world's best female footballers to NSW in 2023 for this historic tournament, which will deliver enormous cultural, social and economic benefits to our state for decades to come.

"After what has been an unprecedented year so far, today's announcement is a major morale boost - giving not only sporting fans but the wider NSW community something to look forward to in 2023, while creating plenty of new jobs and opportunities."

Images: The FIFA Women’s World Cup 2023 Host Nation announcement at the Sydney Opera House (top), A-League football at Auckland's Eden Park (middle) and members of FFA’s Board, management, and staff along with Matildas players, Football Fern Rebekah Stott and Federal Minister for Sport, Senator Richard Colbeck celebrate ths hosting announcement in the early hours of this morning at FFA Headquarters in Sydney (below).