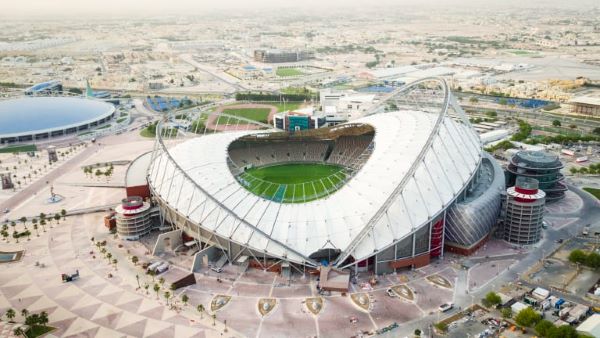 136 out of 900 qualifying matches have already been played, and the tournament infrastructure is rapidly evolving in and around Doha. Two stadiums are fully operational: Khalifa International and Al Janoub. Three more venues – Education City, Al Rayyan and Al Bayt – will be inaugurated this year, with the remaining three set to be launched well in advance of the tournament.

New metro lines have also been delivered with new roads and training sites being completed, the airport expanded and permanent and temporary accommodation to be delivered with the aim of coping with demand while also considering post-event use.

FIFA President Gianni Infantino noted “With 1,000 days to go, Qatar stands where no other host did before. Qatar wants to amaze the world and is on track to achieve it. The FIFA World Cup 2022 will be a breakthrough from a social and cultural perspective. It will open the doors of this football-mad region, offering a new perspective to locals and foreigners, bringing people together and serving as a tool for common understanding.”

Secretary General of Qatar’s Supreme Committee for Delivery & Legacy (SC), H.E. Hassan Al Thawadi added “ten years of our lives, day in, day out, have been dedicated to this tournament. Personally, I can only look forward with excitement, as well as some nerves, but more importantly, conviction that this will be – without a doubt – the best tournament. We are determined to ensure that the first World Cup in the Middle East and Arab world will set a benchmark in the history of hosting major sporting events.”

When it comes to tournament preparations, Qatar and FIFA have been scrutinising the lessons learned from the FIFA Club World Cup, held in December last year, and which will return to the country later in 2020. According to the local authorities, the tournament brought over 50,000 international fans into the country. The event’s official fan zone welcomed 43,000 visitors over the course of the tournament.

FIFA’s Chief Tournaments & Events Officer and FIFA World Cup Qatar 2022 LLC (Q22) Managing Director, Colin Smith advised “Test events give us a great opportunity to assess new stadiums, work with authorities, integrate and train the teams. That all provides us with an important insight into planning for the World Cup.

“And as we move closer, planning becomes more operational. The joint venture team we have in Qatar is increasing in size, several teams have already visited Qatar to inspect training facilities, and we are bringing stakeholders closer – our Commercial Affiliates were in Doha last year, and the main broadcasters earlier this year.”

Q22 Chief Executive, Nasser Al Khater added “with all our infrastructure projects on track, one of our key priorities now is to shape the fan experience in 2022. We are determined to host a tournament which is welcoming to all and family-friendly, and one that shows our country and region in the most positive light. We learned a lot from the Club World Cup across every functional area and will apply the lessons learned in the 2020 edition and in our 2022 planning.”