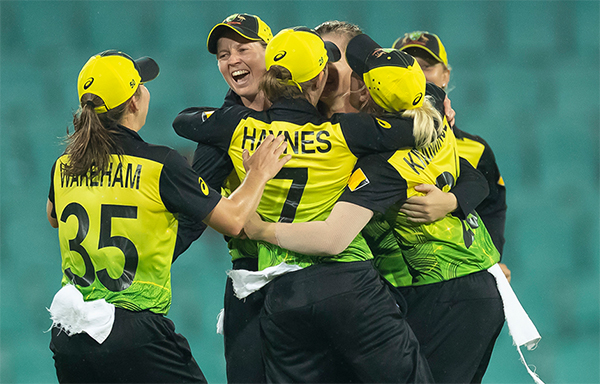 The Melbourne Cricket Ground (MCG) is tonight hosting the T20 Women’s World Cup Final between Australia and India and is hoping to celebrate International Women’s Day with the world record for the biggest crowd at a women’s sporting event.

More than 80,000 tickets have already been sold for the Final – coming very close to the previous world record of 90,185 for the 1999 FIFA World Cup final between USA and China in California.

The event will also feature a concert from pop sensation Katy Perry – and it has already far outstripped the previous Australian record of 53,034, for the 2019 AFLW Grand Final at Adelaide Oval.

Victorian Minister for Women Gabrielle Williams said the smashing world record would be the perfect way to celebrate International Women’s Day and urged more Victorians to make their way to the MCG tonight.

Minister Williams enthuses “this international Women’s Day, I couldn’t be prouder to be cheering on the Aussies in what we hope will be a world-record crowd at the MCG for the T20 Cricket World Cup.

“Our world-class women’s cricketers are an inspiration to us all and give young women and girls champions to look up to – and inspire them to change the game in the future.”

“Cultural change won’t happen overnight, but we’re laying the groundwork now to change attitudes, behaviours and social norms so that women get an equal playing field – in sport, in business and in all walks of life.

Australia are the world’s top-ranked side and reigning world cup champions. A victory tonight will not only mean Australia has won five of the last six Women’s T20 World Cups, it will encourage a new generation of women and girls to get involved in cricket and sport, and challenge stereotypes that hold women back.

International Women’s Day is a celebration of all women who came before us, those who stand beside us now, and those who will come after us – no matter their race, ethnicity, gender, sexual identity, or disability.

The International Women’s Day theme this year is ‘Each for Equal’ – a global call to take a stand and challenge outdated stereotypes, fight gender bias, broaden perceptions of gender equality and celebrate women’s achievements.

The responsibility to do so falls to each of us – because gender equality does not just benefit one or some of us – it benefits us all.

The game commences at the MCG at 6:00pm with Katy Perry performing both before and after the match.

Tickets for the ICC T20 World Cup final are available at t20worldcup.com.