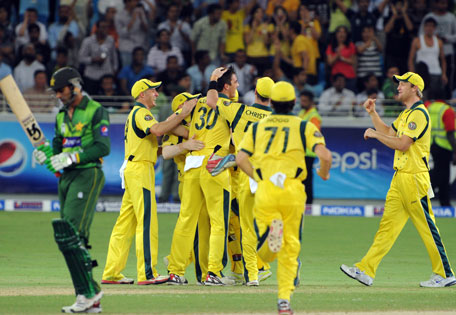 The first ever T20 international cricket match held at the upgraded Metricon Stadium on the Gold Coast is tipped to generate more than $1.5 million for the Gold Coast.

Advising of the benefit, Queensland Tourism Industry Development Minister Kate Jones stated “for the first time, fans will get to see world-class cricket on the Gold Coast all thanks to the (Queensland) Government's investment in Metricon Stadium ahead of the 2018 Commonwealth Games.

“This is what legacy looks like – we upgraded the stadium to host the athletics during the Games and that upgrade now means we can also host international cricket on the Coast.

“With a drop-in wicket, the Stadium can now host International Cricket Council (ICC) accredited cricket matches which will be a boon for the city’s major events industry.

“It also means that Queensland is now home to more facilities capable of hosting men’s and women’s international cricket than any other State.

“For every dollar we invest in major events, we generate around $10 for the local economy. That’s why we are focused now on leveraging the region’s new-found status as a hub for major events.

“Cricket fans will now have the opportunity to see world-class international cricket played in one of Queensland’s top tourist destinations - that’s hard to beat.”

The Queensland Government partnered with Cricket Australia, Queensland Cricket, the Gold Coast SUNS and the City of Gold Coast to upgrade Metricon Stadium.

Queensland Cricket Chief Executive Max Walters said having elite cricket on the Gold Coast would create a long-lasting legacy for the sport, adding "this weekend will mark an exciting occasion for cricket in Queensland as we welcome international cricket to a new stadium and city for the first time.

“With three Big Bash League matches and a T20 International being held at Metricon Stadium this summer, fans on the Gold Coast are going to witness cricket of the highest quality. Seeing some of the world’s best cricketers in their backyard is going to inspire the next generation of fans and allow us to grow the game at grassroots level.

“We view this as the start of what will be a great partnership between Australian Cricket and the Gold Coast.

“A lot of hard work has gone into preparing the stadium for cricket, and we would like to thank the Queensland Government, the City of Gold Coast, the Gold Coast Suns and Cricket Australia for their dedication in bringing these games to the Gold Coast.”

Minister Jones said three Big Bash League (BBL) matches had also been secured for the next three years at Metricon Stadium, these are:

Queensland’s summer of international cricket will also include a T20 International against India on 21st November, a day/night Test Match against Sri Lanka over the 2019 Australia Day weekend and seven BBL and Women’s BBL matches at the Gabba.