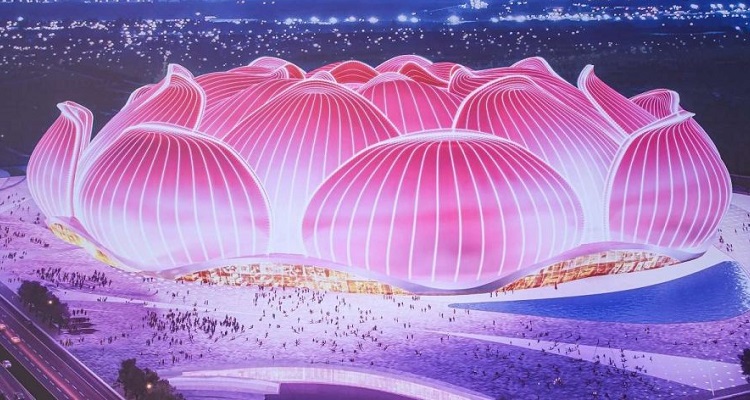 With ambitions to be a football superpower and to host the FIFA World Cup as early as 2030, China is currently undertaking a multibillion-dollar burst of football stadium construction.

Aiming to have at least 12 major new football stadiums two years from now, said the state-run Southern Metropolis Daily, says that the work heralds "a new era for Chinese football".

The building spree, which is taking place despite the Coronavirus pandemic which has brought much of the world to a standstill, has this month seen work commence on a 12 billion yuan (US$1.7 billion) new home Chinese Super League (CSL) champions Guangzhou Evergrande - that will be world's biggest football stadium when complete.

While the Guangzhou venue is not scheduled to be among the 10 venues that will host fixtures during the 2023 AFC Asian Cup, its development is seen as a factor in China’s wider footballing ambitions, with China’s President Xi Jinping having previously expressed a desire for the world’s most populous nation to host the FIFA World Cup - potentially as early as 2030.

As Ji Yuyang, a journalist for the Oriental Sports Daily, suggested "I think China's desire to apply for the World Cup is very clear.”

FIFA President Gianni Infantino last June that he would welcome a Chinese bid to stage the 2030 World Cup, the next edition of the tournament for which hosting is available.

However, the 100,000 capacity of Guangzhou Evergrande's new stadium is seen as being too large for a club that averages about 50,000 for home matches.

As reported by AFP, Ji suggested "I think Evergrande may have two considerations. First, a 100,000-seat stadium might come in handy if China hosts a World Cup final or opening ceremony.

"Another point is that Evergrande will be able to make a statement by saying that they have the largest professional football stadium in the world, with the largest number of spectators." 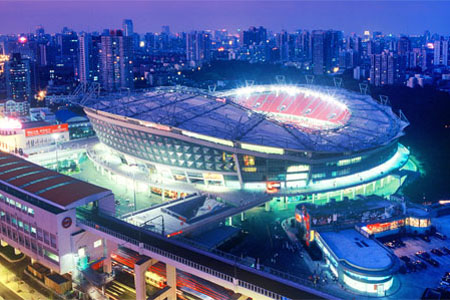 With most stadiums currently used by Chinese football teams having been built for multiple sports and with poor facilities for fans, a new generation of contemporary and spectator friendly new venues is seen as fitting with President Xi's plan to transform the sport in the country on and off the pitch.

In Shanghai, which has ambitions of holding the Olympics, a 33,000-seat stadium for CSL side Shanghai SIPG is scheduled to be finished next year.

Ji said that while the Evergrande Group were likely paying for Guangzhou's new stadium, in some other instances it was a combination of the club and local government.

Professor Simon Chadwick, Director of the Centre for the Eurasian Sport Industry at Emlyon Business School, said that aside from China's World Cup aspirations, the rush on new stadiums sends a message that "China is developing and becoming healthier and stronger.

Professor Chadwick told AFP “there's something about the iconography and symbolism of the stadiums, particularly the Guangzhou development.

"It's almost the soft power of stadiums. China is trying to use these hugely distinctive stadium designs as a way of attracting people and attention, of getting people to understand that China wants the same things that other countries want."

Images: The concept for the new stadium being built for Chinese Super League champions Guangzhou Evergrande (top) and Shanghai's Hongkou Football Stadium (below).