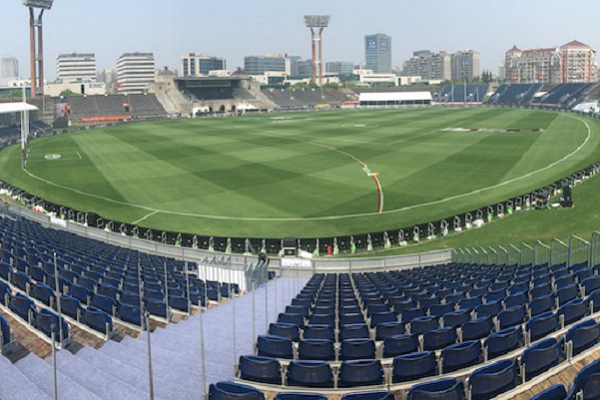 Continued fears over the impact of Coronavirus have seen the AFL call off their planned round 11 clash between St Kilda and Port Adelaide, scheduled to have been played in the Chinese city of Shanghai on Sunday 31st May.

The continued worldwide spread of the Coronavirus that originated in China in December has forced the AFL to change its plans for its game at Shanghai's Jiangwan Stadium.

Set to have been the fourth staging of a regular season AFL fixture in China, this year's fixture - a St Kilda ‘home’ match - was set to be the club's second in a three-year deal, Gold Coast having previously played games in China in 2017 and 2018.

Announcing that the fixture will now be held at Melbourne’s Marvel Stadium, AFL Chief Executive Gillon McLachlan today announced “our team have monitored the situation in China closely (and) we have taken advice from the Australian Government, the World Health Organization and our Chief Medical Officer.

"It is evident that the coronavirus still poses a significant risk internationally and quite simply we will not compromise the health and safety of any of our clubs, supporters and AFL team members.”

The Saints-Power round 11 clash will now be played at Marvel Stadium in round 12 on Sunday 7th June as the venue was unavailable on Saturday and Sunday of round 11. Both teams will now play a week later and then switch their planned bye weekend from round 12 to 11.

With tickets already purchased for the Shanghai game to be refunded, St Kilda will now attempt to salvage as much income from the switch.

Travis Auld, the AFL's General Manager of Clubs and Broadcasting, described the cancellation of the Shanghai match as a "small speed hump".

Advising that the league had a duty to protect the St Kilda and Port Adelaide players, as well as club officials and supporters who were set to travel to China for the encounter, Auld stated “this is an issue that is much broader than just a game of football.

"We're all impacted in some way by the current circumstances … the best we can do at the moment is give the game back to Melbourne.

Auld said the AFL would face "some financial impact" but that would not be measured for some time.

With both the Federal and Victorian Government’s having supported the match in an apparent move to improve trade links.

However, with the match attracted a reported crowd of 9,412 spectators last year and crowd figures of just above 10,000 in both the previous two years, the event has not been a success financially or in reaching Chinese fans – with most spectators being expatriate Australians.

Under current travel ban laws, those travelling from China to Australia must spend 14 days in another country before returning.

The Chinese Formula 1 Grand Prix in Shanghai, scheduled for 17th to 19th April, is among a host of events that have been postponed due to the outbreak of coronavirus.

Click here to read the AFL’s full statement on the cancelation of the Shanghai fixture.