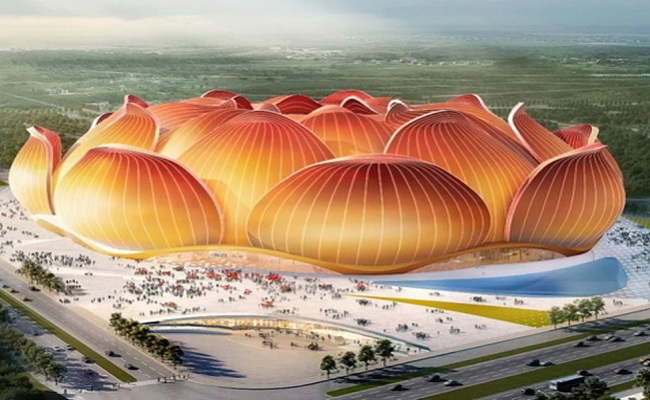 Chinese Super League champions Guangzhou Evergrande have commenced construction on what is claimed will be the world’s largest professional football stadium.

Real estate company Evergrande Group, of which the club is a subsidiary, has broken ground on the distinctively designed CNY12 billion (US$1.7 billion) venue which will have a capacity of 100,000.

With a floor area of around 150,000 metre², the venue has been designed to resemble a blooming lotus flower an acknowledgement of Guangzhou’s status as China’s ‘Flower City’.

As reported by the Xinhua news agency, the new stadium, located adjacent to Guangzhou South railway station, is scheduled to be ready by the end of 2022. 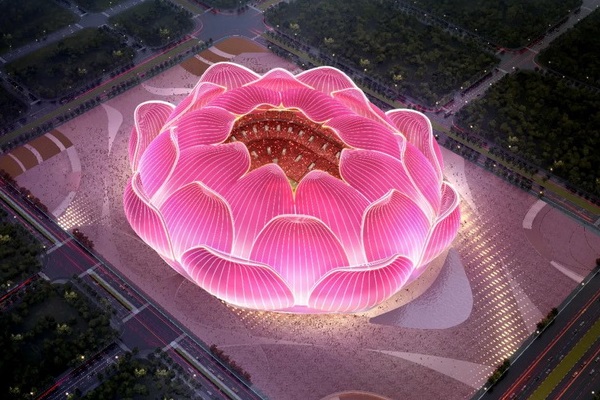 The announcement comes with China set to embark on a series of major stadium developments ahead of its hosting of the 2023 AFC Asian Cup national team tournament. Having been awarded hosting rights to the event in June 2019, in December last year the Chinese Football Association named the 10 host cities as: Beijing, Tianjin, Shanghai, Chongqing, Chengdu, Xi’an, Dalian, Qingdao, Xiamen and Suzhou.

At the time of the hosting rights award, China said it intended to build new stadia in seven of the 12 planned host cities, with the country’s bid also including one back-up existing stadium in each host city. 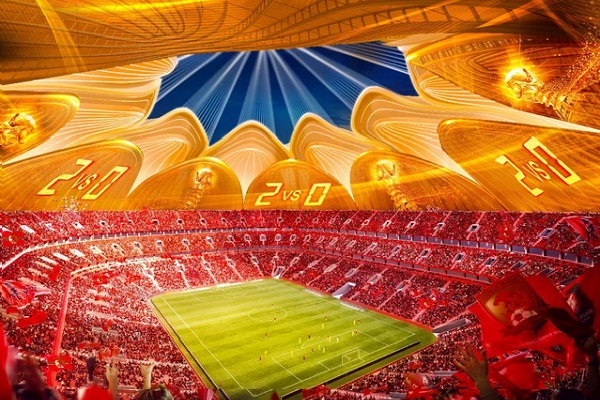 While Guangzhou was not among the 10 cities named as Asian Cup venues, Xia Haijun, President of Evergrande Group, said he hopes the new stadium can play a part in the tournament, commenting “we hope the stadium will host the opening ceremony of the Asian championships in 2023.

“We will build another three or five top level professional football stadia with capacities of 80,000 to 100,000 in China.”

China has also been named as host of the 2021 FIFA Club World Cup in its new expanded format, although the status of that event is currently uncertain with the Coronavirus having seen the Olympics and UEFA’s European Championships postponed to next year.