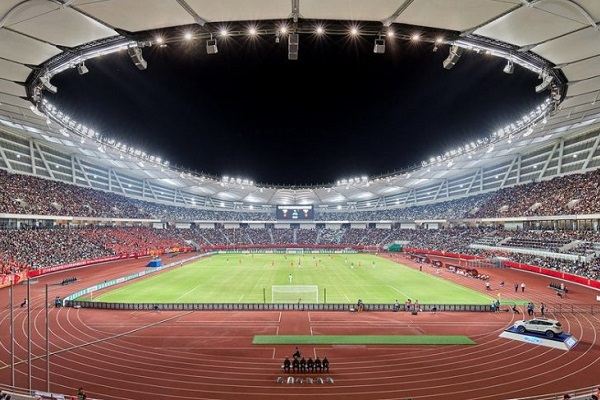 Located in the Shanghai satellite city of Suzhou, the major sport buildings in the complex, design by Gerkan, Marg and Partners (gmp), feature single-skin cable network roof constructions for the first time in China. 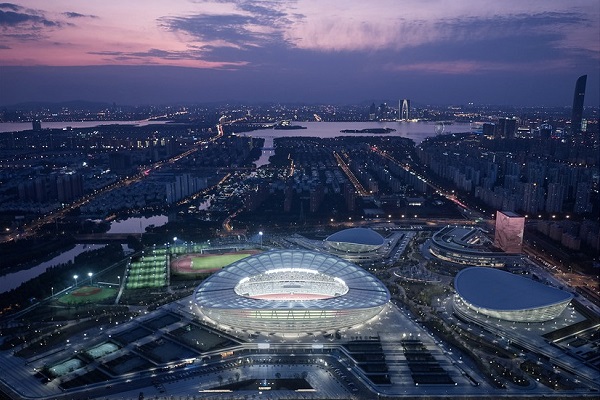 To the south, the park opens out to the Xietang River and, along winding pathways, provides various vistas across waterways, the architecture, and landscape.

A shopping centre with offices and a hotel supplements the three sports buildings, and contributes to the liveliness of the entire site. The park area contains a wide range of open sports facilities for football, tennis, and other ball sports that can be hired privately. Thanks to this multifaceted use concept, the Olympic Sports Centre has quickly become a template for the design of other sports facilities in China and has become an attractive neighbourhood centre. 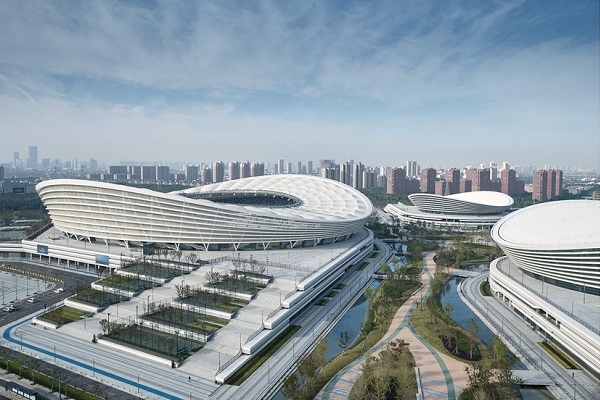 Known in China as a garden city, nine of Suzhou’s historic gardens have been awarded UNESCO World Heritage status.

Based on this, the design of the Olympic Sports Centre took its cue from these Chinese landscape gardens. The result is a lively sport and citizens’ park with a pleasing mixture of functions, including four large buildings amongst green spaces and water features: the stadium with a capacity of 45,000 and a span of 250 metres, the aquatics centre with 3,000 seats, the indoor arena with 13,000 seats, and the shopping centre.