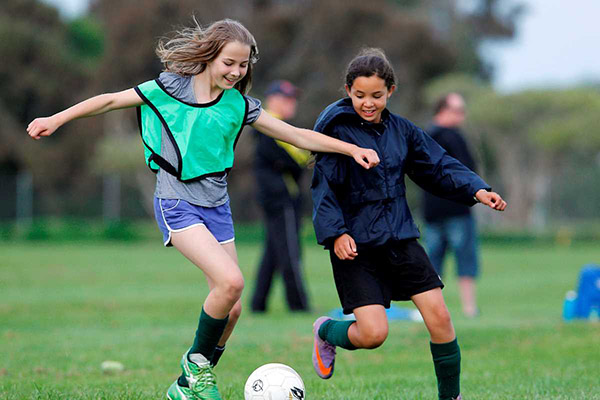 Many clubs across New Zealand are set to benefit from the role they are playing in helping to produce Football Ferns. To reward clubs for their efforts in female player development, the FIFA Women’s World Cup Club Benefits Programme is pledging nearly $14 million (NZD) to clubs all over the world with over $300,000 (NZD) of that being distributed across 31 clubs in New Zealand.

The distribution model consists of two tiers and is based on rewarding clubs for providing players with a professional pathway.

Based on the two-tier system, the amounts are split between the clubs with which the players were registered at the time of the 2019 FIFA Women’s World Cup in France and those that trained these players between the ages of 12 to 22, regarded as the ‘formative period’.

The intention is for these funds to be re-invested back into women’s football and some clubs in New Zealand have already kicked off worthwhile initiatives in this area.

For example, Waterside Karori played a key role in the development of Football Ferns fullback CJ Bott and have established a female football financial grant in her honour.

Bott began her senior career at Waterside Karori in 2009 and is now playing professionally in Norway.

Female footballers playing at senior level for Waterside Karori and entering their first year of tertiary study in Wellington were able to apply for a direct cash grant of up to $500 to assist with their football-related expenses. The successful applicants were then selected by Bott and the club.

Burwood AFC have meanwhile specified that their share of the funds will be used in the development of junior female players while fellow Christchurch club FC Twenty 11 are looking to increase their female engagement.

In the country’s biggest city, the newly-formed Auckland United – which received funds through merger club Onehunga Sports – have recently appointed former Football Fern Katie Duncan to the position of Girls Academy Director and Duncan is working towards how best to use the funds to develop women’s grassroots programmes.

New Zealand Football Women’s Development Manager, Ashleigh Cox advises “The FIFA Club Benefits Programme is set to see a number of clubs, both big and small, really benefit and we are eager to see how these clubs invest these funds back into their women’s programmes at a time when we are seeing a rise in the women’s game.

“The opportunity to engage with past and present Football Ferns to further promote the game domestically is exciting and allows clubs to showcase first-hand the FIFA Club Benefits Programme. Already we have seen players like Paige Satchell return to her former club of Rotorua United to share her journey and engage with the next generation, as well as the CJ Bott grant set up by Waterside Karori.

“Alongside FIFA, New Zealand Football will be producing a number of case studies and look forward to sharing a series of success stories.”