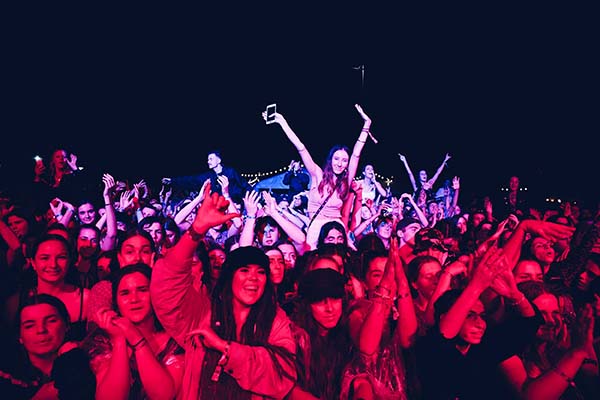 Greater Shepparton City Council in partnership with Shepparton Show Me and Red Hill Entertainment have announced the return of the single-day all-ages major music festival, Land of Plenty, for its second year running.

Following an incredible response in its debut year, Land of Plenty, is planned to be held at the Shepparton Showgrounds on Saturday 31st October 2020 and will feature live music, art displays, market stalls, gourmet food vans, carnival rides plus much more.

Land of Plenty is the festival for music lovers, made by music lovers and welcomes fans of all ages to attend.

The 2020 line-up is yet to be announced but expectations are high following the performances of Ocean Alley, Illy, Tones and I, Briggs and Alex The Astronaut.

The festival will deliver a diverse range of genres from hip hop, through to rock and indie, with the all-star headlining acts featuring a number of times in previous triple j Hottest 100 countdowns, including the best songs of the decade.

Land of Plenty advise "in response to the COVID-19 virus and the Federal Government’s ban on public gatherings, and in these unpredictable times, we want fans, music lovers and festival goers to have something to look forward to.

“As such, if it is safe and approved to do so, Land of Plenty will go ahead on Saturday 31st October and we can’t wait to welcome everyone to Shepparton for a day of music, dancing and fun times.”

Greater Shepparton City Council Mayor Seema Abdullah said the festival would be something the region can look forward to adding “during this time it is important that our region stays strong and positive. The Land of Plenty Festival was a highly anticipated event last year and its return gives everyone something to look forward to.

“Council and Shepparton Show Me are delighted to once again partner with Red hill Entertainment who successfully hosted the festival last year and brought some of the nation’s best artists together with local performers for a once in a life-time performance.”

In 2018, Greater Shepparton City Council and Shepparton Show Me proposed an Expression of Interest for parties to be involved in organising a large-scale music event in Greater Shepparton. Following a selection process, RED HILL Entertainment was chosen by Council based on their experience and expertise in creating music events.

RED HILL Entertainment is owned and operated by two of the fastest growing music and events companies in Australia – THE HILLS ARE ALIVE GROUP (THAA GROUP) and UNIFIED MUSIC GROUP (UMG). Together under RED HILL the two companies also own and host Australia’s leading heavy music camping festival, “UNIFY Gathering”.