Groundbreaking deal to see pay parity between Matildas and Socceoos 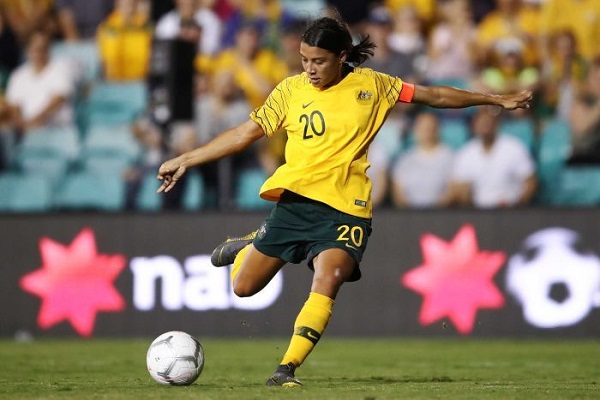 The Australian women’s football team, The Matildas, are set to earn the same pay as the men’s Socceroos team under a new landmark deal announced by Football Federation Australia.

The new pay structure, set to be put in place before the end of the week, will make the Matildas the first female team in world football to be guaranteed equal pay to their male counterparts.

The new deal will help transition fringe Matildas into full-time athletes, instead of pursuing work outside the industry part-time, in order to chase their dreams of playing for Australia.

The Matildas have been consistently high-performers on the world stage in recent years, climbing as high as fourth in the world in 2017.

During the FIFA Womens World Cup earlier this year the women's team reached the knockout stages, taking home $1 million for their efforts.

The Socceroos, meanwhile, failed to win a single game but pocketed $8 million for simply qualifying.

An official announcement is expected later this week.

Image: Matildas star Sam Kerr has called the prospect of a deal "exciting".