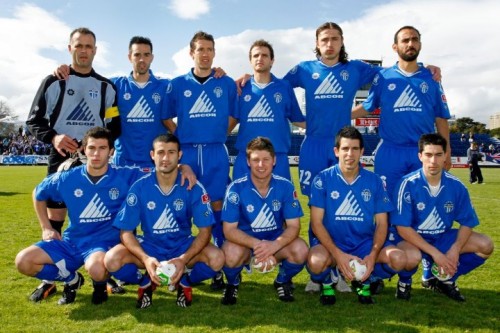 Football Federation Australia (FFA) is set to reverse its longheld policy that restricts football clubs from acknowledge their ethnic background in their club logos, names and identities

A draft version of the FFA’s new club identity guidelines obtained by The Age and Sydney Morning Herald, comes after the FFA said it would review the National Club Identity Policy (NCIP), introduced in 2014.

Reinforcing a policy introduced by the former Soccer Australia in the 1990s, the NCIP banned all Australian clubs from using names, colours, or symbols with ethnic, national, political, racial or religious motifs.

The draft policy, FFA Inclusivity Principles for Club Identity (ICPI), encourages clubs to “identify themselves in an all-embracing and inclusive manner that is welcoming to all participants in preference to using monoculture branding which may be viewed as exclusionary”.

However, the draft states the ICPI is only a guide and “are not intended to be enforceable, strict regulations", meaning clubs can ignore the policy if they see fit.

It continues “club names should reflect the local geographical region that they represent and do so in a way that is welcoming to people from all cultural backgrounds.

“Clubs may be more attractive to a broader range of participants if their name is in English rather than a foreign language; and of broad appeal rather than solely associated with a particular national, political, ethnic or religious group.

"However, FFA acknowledges the desire of clubs to respectfully recognise their heritage and the specific communities that were instrumental in establishing and developing such clubs."

The NCIP was widely criticised by clubs and fans as discriminatory, and it led to the Melbourne Knights being banned from having the Melbourne Croatia social club as their FFA Cup shirt sponsor, and also meant Avondale FC had to put black tape over an Italian flag on the back of their shirts in the same competition.

The new policy is expected to be agreed by the FFA next month.