FFA agrees to independent management for the A-League 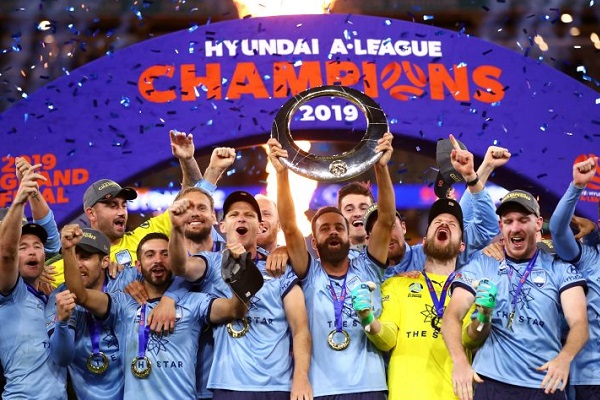 Lengthy deliberation between Football Federation Australia (FFA) and the owners of A-League licenses will see both the A-League and W-League run independently from the national governing body in time for next season.

The New Leagues Working Group (NLWG) have adopted the same model seen in the English Premier League, whereby a new body, with an independent chairperson, will take on the responsibility of running the professional game.

The new model is aimed at stimulating and generating growth and development in Australia’s elite football competition which has struggled with game attendances and viewership over the last several seasons.

The final details of the deal are set to be finalised by 1st August, but the NLWG recommendations will see Clubs having full and perpetual use of their intellectual property rights, with the FFA receiving a licence fee equal to 1.125x what the new league body gives to each club, which will effectively be $4.25 million in the first year.

The FFA will also forgo their licence fee from the new body for the first four years -the duration left on the current TV deal with Fox Sports - while it is in its formative years.

FFA will also receive 10% from the future sale of any new club licences or net profits on the sale of existing licences, and 10% from any transfers of Australian players in the A-League to international clubs.

The FFA will also retain a 20% share in the new league’s body, as well as a “Good of the Australian Game” share, which will give it certain rights of veto.

Commenting on the new arrangements, FFA Chairman Chris Nikou stated “the recommendations of the NLWG serve to align and unite Australian football’s interests like never before.

“Clubs would have greater control over the strategic and commercial direction of the Leagues, in turn triggering significant new investment in the quality and marketing of all three Leagues, and FFA would be able to focus its energies and resources on the National Teams, grassroots and the overall strategic direction of the game in concert with all of FFA’s members, including the Women’s Football Council, State and Territory Member Federations and Professional Footballers Australia.

“Importantly, FFA would retain influence in key areas of the Leagues through the Good of the Game Share. I thank the members of the NLWG that have worked tirelessly over many months to produce these recommendations. Once finalised, the FFA Board will consider the full details of the proposed reorganisation of the Leagues in accordance with their directors’ duties.”

The changes will also see the FFA Congress restructured, with the A-League clubs’ representation on the Women’s Council to be reduced from three seats to one, and a broader review of the recently agreed governance structure of the federation to begin as soon as possible.

Women’s Football Council, Ros Moriarty added “the unanimous support from Australian football leadership to a commercial restructure of the W-League, A-League and Y-League is a significant step forward.

“The FFA Women’s Football Council looks forward to seeing the detail of the deal for W-League in the period before it is ratified, in the context of our charter of equality in football for women and girls.

“We applaud the recognition of the rising value of women’s football in reinvigorating the game in Australia and look forward to working closely with the new Leagues management organisation.”

The role of FFA Chief Executive David Gallop will change as a large part of his existing duties will fall away now that his organisation’s focus will divert from running the A-League.