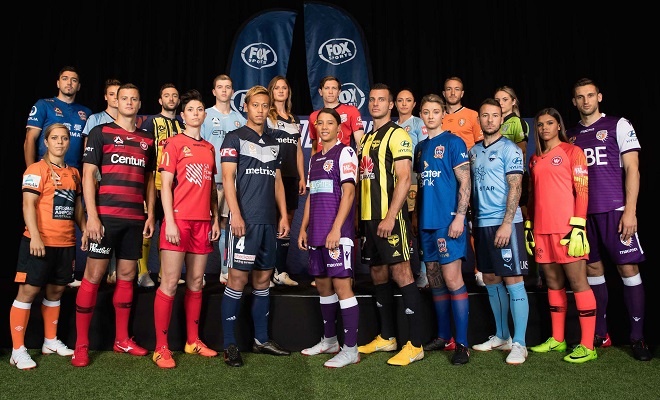 Football Federation Australia (FFA) and Professional Footballers Australia (the PFA) have today announced a one-year extension to each of the Collective Bargaining Agreements (CBAs) for the Westfield W-League and Hyundai A-League.

FFA Head of Leagues Greg O’Rourke said that the extensions to the CBAs include important landmark steps towards gender equity in player payments for the Westfield W-League, as well as rewarding Hyundai A-League clubs for longer term investments in players in their academy systems.

O’Rourke stated “since formal negotiations began late last year, all parties agreed that in the context of the Leagues CBAs the most appropriate and responsible course of action was for a one year extension.

“This was due to the ongoing discussions being undertaken by the New Leagues Working Group and the risks associated with negotiating a new employment framework for players in the absence of understanding the future Hyundai A-League and Westfield W-League structures and commercial models at the time of renegotiation.

“With this is mind, FFA has worked with the Australian Professional Football Clubs (APFCA) and PFA to achieve an outcome that delivers on the gender equity principle of ‘same base pay for same base work’ for players on the minimum remuneration in each league respectively. This means that players in the Westfield W-League and Hyundai A-League will receive the same minimum remuneration hourly rate.”

O’Rourke also advised that to assist Western United FC in their inaugural A-League season, the new team has been allowed an additional allowance of $400,000 raising their salary cap to $3.6 million.

PFA Chief Executive John Didulica said that the PFA was proud to have secured a landmark step for women footballers and secure record funding for player development and wellbeing.

Didulica explained “due to the significant complexity in moving toward an independent league, the PFA’s motivation in reaching this extension was to, firstly, help facilitate a more stable foundation for this potential transition and, secondly, ensure we could continue to advance fundamental areas.

“These areas included record funding for player development and wellbeing and entrenching gender equality across minimum standards such as pay. We’re very proud that we have been able to anchor the minimum conditions for W-League players to those of A-League players. It’s a moment in time that the players should be proud of.

“There is also now a commitment from the players, the clubs and FFA to use this 12-month window to work in partnership. This partnership will be critical to ensuring a successful transition to an independent league when agreed and to effectively reform and evolve fundamental areas such as the salary cap, transfer system, the W-League and building out the youth competitions.

“We’ve also taken steps toward simplifying the operation of the salary cap and addressing concerns about player churn. Hopefully, by growing the number of contracts available, we can give young players at club academies a longer period of time in professional structures. At the other end, we are also incentivising clubs to retain existing talent through removing caps on categories such as loyalty players and homegrown players.”

The extension of both of the CBAs will expire on 30th June 2020.

This week has also seen Didulica make representations to world football governing body FIA on equal pay for teams competing in both the Women’s and Men’s World Cup,

''It is clear that FIFA does not wish to substantively address this matter and certainly not in advance of the tournament ... the PFA expressly reserves the rights of the players to have this matter resolved through appropriate means including mediation and arbitration.

Image: Westfield W-League and Hyundai A-League players at the launch of the 2018/19 season.