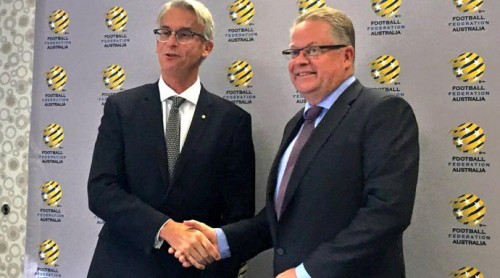 Football Federation Australia (FFA) has announced the appointment of Greg O’Rourke as the new Head of Hyundai A-League.

Appointed ahead of the 2016/17 A-League season, O’Rourke will officially commence his duties in late August, taking over the role from Damian de Bohun who announced his resignation from the position in March.

O’Rourke joins FFA from multinational snacks foods and beverages company PepsiCo after five years as Operations Director for PepsiCo Australia and New Zealand and as a member of PepsiCo’s executive leadership team.

Announcing the appointment, FFA Chief Executive David Gallop stated “Greg has the right skills and experience to drive the commercial performance of the Hyundai A-League and its 10 member clubs.

“He also has decades of football administrative knowledge from service to the game at state and local level.

“Greg’s business acumen aligns with the FFA’s 2016-19 Strategic Plan and the sharp focus on commercial performance in the strategy.

“We’re delighted to have secured a proven performer in the one of the most competitive brand and consumer driven global industries around. He’s the right fit for the A-League and I’m delighted to welcome Greg to FFA’s executive team.” 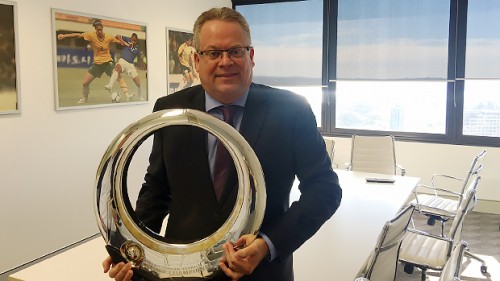 O’Rourke brings insights from a lifetime of football participation. In addition to his management roles he is a current player for Barden Ridge Football Club and also coaches an all-age women’s team at the club.

He commented “in many ways I’ve been working in football for years, but today I’m thrilled that the game will be my daily professional focus as well as a continuing personal passion.

“The challenge is to lift the commercial performance of the A-League and its clubs with a strong emphasis on collaboration.

“The Hyundai A-League is the shop window of Australian football, but the Westfield W-League, Westfield FFA Cup and the AFC Asian Champions League are crucial in the overall landscape.”

O’Rourke went on to state that the expansion of the A-League is “inevitable”.

Explaining that his top priority when he starts next month would be improving the financial security of all 10 existing clubs, he adviced that he hopes to make the competition bigger to “capture the excitement” of fans and give other markets across Australia and New Zealand renewed hope they too can have a club to cheer for.

O’Rourke added “I think an expansion of the number of teams is inevitable, and it’s exactly the right thing to do.

“The first step is to actually make sure the 10 teams we currently have are sustainable and can stand on their own feet.

“There’s no use in bringing new teams into a competition where some existing teams are still shaky.”

Once achieved O’Rourke said new clubs should be added “sooner rather than later.”

To lay the foundations, O’Rourke will set about building relationships with clubs, an aspect somewhat strained during De Bohun’s tenure.

He explained “my background is that I build relationships and they work.

“There’s a lot more similarities between the corporate world and the football world than differences.

“There’s no use FFA having a strategy that’s not aligned with the clubs, and the clubs not being aligned to what the fans want.”

Images: FFA's David Gallop at the announcement of Greg O’Rourke's appointment (top) and Greg O’Rourke with the A-League trophy (below).