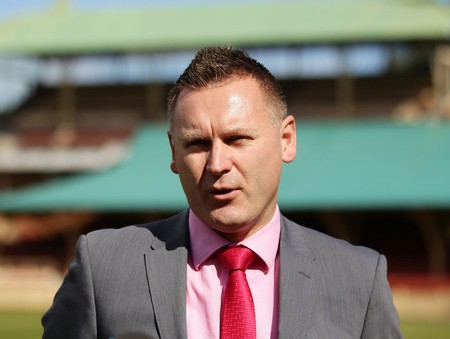 Football Federation Australia (FFA) has announced the appointment of Damien de Bohun as the Head of Hyundai A-League.

de Bohun's career includes two previous roles in football, as Chief Executive of Football Federation Victoria (from 2003 to 2004) and Operations Manager of the Hyundai A-League (from 2004 to 2005).

Announcing the appointment FFA Chief Executive Ben Buckley stated "Damien has a wonderful mix of senior executive experience in the sports industry and a life-long passion for football.

"His recent professional focus on game and market development is particularly relevant for the A-League and FFA's strategic objective to connect with the grassroots and convert participants into fans.

"I'm delighted to have secured a high-calibre executive in Damien. I know he has the right skills, energy and football administration knowledge to implement our goals for a stable and sustainable A-League."

Damien de Bohun thanked FFA for the opportunity to take on the leadership role in the Hyundai A-League, adding "football has always been a big part of my life as a player, coach and referee. More recently, some of my most enjoyable experiences have been coaching our son's junior sides and watching the next generation of boys and girls develop a love for football.

"But it's the professional challenge of managing the Hyundai A-League that has me most excited about the new role.

"I think the current structure of the A-League provides a very solid foundation to build on the growth in attendances, TV audiences and memberships last season and I can't wait to get started."

Damien de Bohun will commence in the new role in early August.