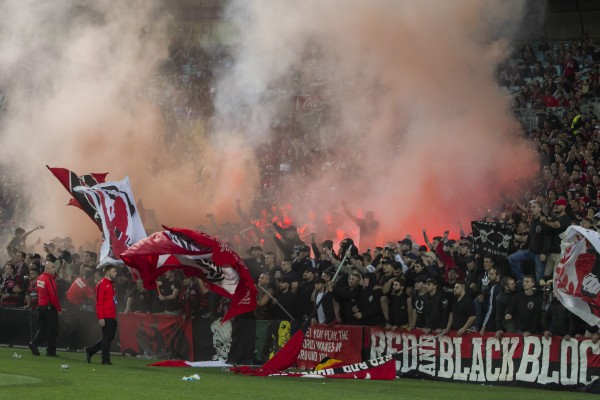 With the A-League having faced declining attendances and lower television audiences over recent seasons, Football Federation Australia (FFA) is set to introduce a number of new game-day initiatives to try and drive fan engagement in the competition.

With the 2018/19 A-League season set to get underway in mid-October, FFA is looking to capitalise on interest in the sport following the recent FIFA World Cup in Russia.

Pointing to cricket’s Big Bash League as a model to try and emulate, A-League officials are aiming to deliver a different atmosphere on match days, with the FFA’s Head of A-League Greg O’Rourke advising “we’re fully aware of what the Big Bash entertainment product is and how it attracts young families.

One of the initiatives set to be introduced is ‘safe smoke’, with the Central Coast Mariners and Wellington Phoenix having agreed to a trial run of controlled flare releases at their stadia. Other plans include music and video during goal kicks, corners and substitutions

O’Rourke told the Australian Associated Press news agency “we want to see the return and growth of active fans that have a large boisterous entertaining, standing, singing, chanting culture.

“We’ve been doing a significant amount of work with the clubs, the police and also the active fan representatives about what would be important to them to attract them back and to allow them to grow.

“Football globally has about 30 minutes when the ball is stopped or out of play. Some of those gaps can be filled. But not in the big derbies when you’ve got big active fans because the natural rhythm of the supporters is the strength of the game. When we’re at smaller stadiums or bigger stadiums with smaller crowds, we’ll use them.”