This Sunday’s A-League Grand Final at the 53,500 capacity Adelaide Oval is set to gross $3 million for Football Federation Australia (FFA).

Prior to the commencement of the general sale of tickets on Tuesday morning, 33,000 tickets had been sold.

After the associated costs with staging the match, the FFA is expected to bank a total profit in excess of $1 million.

However, neither of the competing clubs will be rewarded for winning the Grand Final. However, the FFA have indicated that they will offer incentives for winning the grand final once the governing body has secured a new broadcast deal, which they are currently negotiating, that will begin in the 2017/18 season.

Meanwhile, airfares to Adelaide have soared ahead of the match, leaving many Wanderers supporters furious and seeking alternative means of transport.

With about 10,000 fans travelling to the Final from interstate, airlines appear to be cashing in on the match, with some Qantas flights from Sydney to Adelaide almost tripling in price, with non-stop flights at $900 one-way. 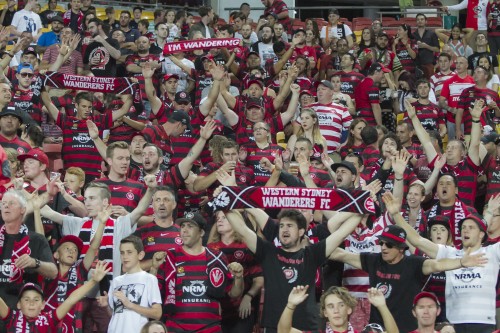 Virgin Australia has put on four extra flights, but the cheapest economy ticket from Sydney to Adelaide on Saturday will cost $445 one-way.

Tiger has also put on an extra weekend flight on, with tickets at $469.

Angry fans have left comments on the Wanderers Facebook page, with some saying they will now be forced to drive more than 1,300 kilometres to Adelaide and others saying they cannot afford to go.

"Another option is fly to Melbourne and drive the seven hours to Adelaide. Still cheaper.”

Others have demanded the club charter coaches, which it said it was now looking into the possibility of doing.

The last A-League clash at the Adelaide Oval was United’s match against Melbourne Victory in the opening round of the season while more than 53,000 fans flocked to Adelaide Oval to watch Adelaide United take on Liverpool in July.