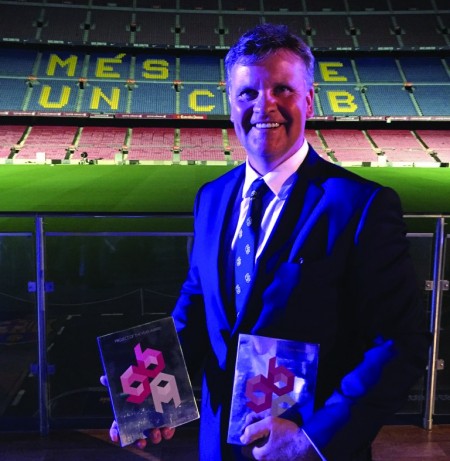 With Sydney venues the ANZ Stadium and the SCG having won in multiple categories at the international Stadium Business Awards last year, Australian venues as well as Sydney Cricket & Sports Ground Trust Chief Executive Jamie Barkley are on the shortlist for recognition at the 2016 edition.

Barkley is one of six global executives, and the only Australian, on the six-person shortlist for the ‘Executive of the Year’ award.

The Adelaide Oval and the MCG are also shortlisted for the Venue of the Year Award, while the SCG is a finalist in the Sustainability and Community Award.

Each of these Awards is to be decided by an international judging panel.

The ‘Executive of the Year’ award put the high achieving but low profile Barkley in the spotlight during a busy year in which the SCG Trust has been subject to considerable media scrutiny.

Having lobbied hard for an all new stadium at Sydney’s Moore Park, the SGC Trust was last week disappointed by NSW Premier Mike Baird’s decision to merely upgrade the Allianz Stadium as part of plans for the updating of Sydney’s stadium infrastructure.

In addition, a multi-city US and UK stadium tour made by Barkley was questioned in the Sydney media and criticised by the NSW Labor opposition earlier this year.

In the running for the Award, Barkley is likely to face strong opposition from Dave Kaval, President of the San Jose Earthquakes in the USA and Karren Brady, Vice Chairman of West Ham United FC in the UK who negotiated the English Premier League club’s highly financially favourable relocation to London’s Olympic 2012 Stadium. 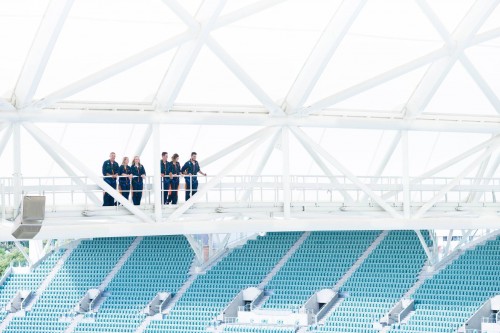 The Stadium Business Awards also contain several categories in which voting is invited.

Australian venues shortlisted in these categories include:

The awards will be presented at the Santiago Bernabéu Stadium, Madrid, Spain on 1st June.

Images: Jamie Barkley with Awards at the 2015 Stadium Business Awards (top) and the Roof Climb experience at the Adelaide Oval (below).