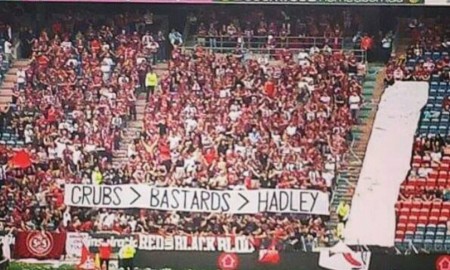 After the meeting FFA Chief Executive David Gallop announced instead of a "ban" notice, fans will be issued with an "intention to ban" notice and allowed to see the evidence against them.

As of today, fan groups announced via their Facebook pages that boycotts of matches would be temporarily suspended.

It is dependent on fans being given access to all evidence pertaining to an intention to ban and access to an appeals process independent of the FFA.

The statement appearing on all fan group Facebook pages read: "There has also been an unequivocal commitment by the FFA to defend football and its fans.

"The FFA have also committed to providing active supporter groups with details of arrangements it has with third party security service providers."

The statement goes on to say that if the FFA fails to make these commitments by 19th February 2016, the groups will take "all necessary steps to hold it accountable."