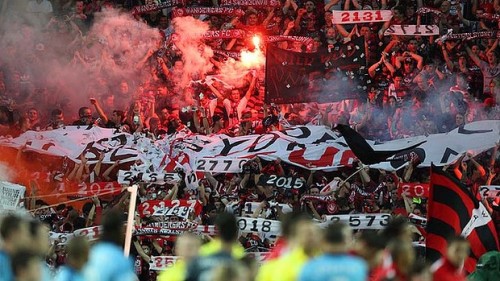 The Professional Footballers Australia (PFA) has expressed concerns over the attempts by NSW Police to remove atmosphere, passion and home ground advantage from the A-League.

Vivian stated “football needs passionate fans like those of the Western Sydney Wanderers.

"Around the world, people are passionate about football. We need to promote a match day atmosphere that only football can create.

"Would the Wanderers have won the Asian Champions League without fans like these? Who knows, but it certainly made it a lot more entertaining to be at their ground. It is the power of the relationship that fans have with their club that lies at the heart of the world’s greatest leagues.

"This is about passion and the rights of free movement and expression. Attacking all fans and, by extension, the game of football, is a restriction on the ability of the players, fans and administrators to grow the game.

"If there are risks to people’s safety, let's address that. But the experience should not be ruined by attempting to regulate banners, signs and fan marches.

"We need to be mature about this and not allow these fans, who create such an outstanding atmosphere, to be restricted by the police. That would be a complete over-reaction.â€

PFA Delegate and Western Sydney Wanderers Captain Nikolai Topor-Stanley said the players were determined to protect the atmosphere created by their fans.

Topor-Stanley added “to play in front of our fans is unbelievable.

"It’s like having an extra player on the field.

"Football fans shouldn’t be required to act like they are attending the theatre. Other sports would do anything for this type of passion.

"This is football. It evokes strong emotions and we shouldn’t be trying to stifle them because it hurts the game.

"There needs to be some common sense. We shouldn’t criminalise the passion people have for their team.”