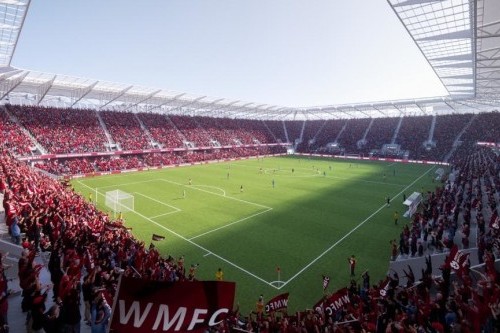 Football Federation Australia (FFA) has announced that consortium bids from Western Melbourne and Macarthur South-West Sydney will join an expanded 12-team A-League during the next two seasons.

Announcing the two winning bids from a final list of six under consideration, Nikou advised “one of the key factors in our decision was the long-term growth opportunity for each club in each new geography.

"South-West Sydney and Melbourne represent some of the biggest growth corridors in Australia."

The Western Melbourne team is set to join the A-League for the 2019/20 season, with Macarthur South-West Sydney to be added 12 months later.

Gallop said the decision to add Western Melbourne and Macarthur South-West Sydney was made with the future of the A-League in mind, stating "this is going to set the A-League up for long-term sustainability.

"In these new locations we can ensure that the new clubs are in high-quality facilities from day one."

"There were very attractive aspects to each of the bids, but the prospect of a facility owned by football for football will be a significant new milestone for the game in Australia.

"Football-specific stadia have been extremely successful in league expansion in other parts of the world and we are excited by the prospect of such a facility in Melbourne."

With plans to develop a 15,000 seat sports stadium in the suburb of Tarneit, which it calls the "first football-owned and football-specific stadium" in Australia, the Western Melbourne team will initially play matches out of Geelong's GMHBA Stadium. 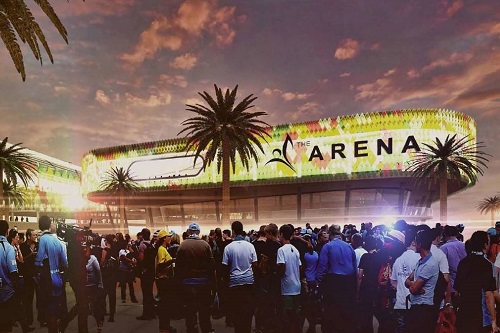 The Macarthur South-West Sydney team will play at the existing Campbelltown Sports Stadium, while the consortium already having targeted former Socceroos captain Mile Jedinak as one of its players when it joins the A-League in the 2020/21 season.

The FFA said it wanted to expand the A-League beyond the addition of the Western Melbourne and Macarthur South-West Sydney teams.

A team in Canberra, for example, will be considered in the future after missing out to the two winning bids.

Gallop added "Canberra is definitely one we're interested to talk to.

"But we felt that on the pluses and minuses, the Sydney and Melbourne bids came out ahead of Canberra at this stage."

No commitment was made to add a national second division to the A-League, an addition demanded by the Association of Australian Football Clubs.

Images: The planned Wyndham Stadium home for the new Western Melbourne club (top) and the initial design for the redevelopment of the Campbelltown Sports Stadium, home for the Macarthur South-West Sydney team (below).