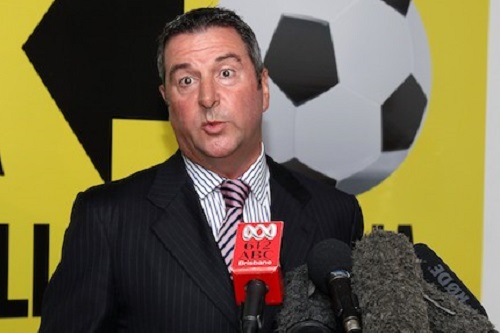 The Association of Australian Football Clubs (AAFC) has named experienced sports administrator Archie Fraser as its National Head of Second Division, to further the development of its planned national second division for football, known as The Championship.

AAFC was instrumental in getting the issue of a national second division before Football Federation Australia (FFA) and the state federations with the release of a concept paper this time last year.

Commenting on the concept and Fraser’s appointment, AAFC Chairman Rabieh Krayem explains “since then, from a standing start of less than zero, we have managed to get all interested parties to the table to discuss a national second division.

“This includes FFA, the state federations, the A-League clubs and the PFA.”

Looking forward, Krayem adds “with the input of our clubs, and the professional support of Nous Consulting, we now have a financial model and plans that we will be sharing with interested clubs at a briefing in Melbourne later this month.

“We are at the stage where we can drive this forward even further and, if necessary, knock on some doors to get things moving.

“The AAFC Board believes Archie Fraser is the ideal person to guide us in this next stage.”

Fraser, a former professional footballer in Scotland and Australia, was Head of the A-League at the FFA for 14 months in 2009/10 before resigning.

He has also worked at senior executive levels for organisations as diverse as Adecco and St Kilda Football Club, and has experience in technology transformation, commercialisation, sponsorship and media rights and sports participation and entertainment.

Looking forward to his new role, Fraser states “I feel very passionately about the need for Australia to become a genuine football nation.

“Key to that is having a proper national second division, expanding our national footprint, giving more opportunities for more players and, eventually, promotion and relegation.

“Of course, all of this needs to work within the existing A-League franchises.

“My aim is to work with all parties to achieve the best possible outcome for football in Australia and to see The Championship in operation by 2020,” Fraser said.

The AAFC briefing, which Fraser will lead, is being held for AAFC members in Melbourne on Saturday 27th October.

For details and to register for the briefing go to www.australianfootballclubs.org.au