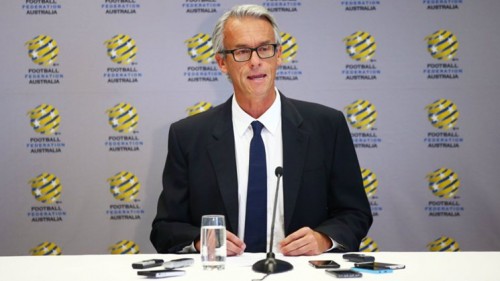 The Coalition of Major Professional and Participation Sports (COMPPS) has today announced that David Gallop, Chief Executive of Football Federation Australia (FFA), will become the new Chairperson of COMPPS, effective immediately, with James Sutherland stepping down as the current Chairperson following his resignation as Chief Executive of Cricket Australia.

Gallop is has been Chief Executive of FFA since 2012, having previously held the same position at National Rugby League (NRL) from 2002 to 2012.

He has also served as served as Deputy Chairman of the Australian Sports Commission, Secretary of the Rugby League International Federation and a member of the Asian Football Confederation Competitions Committee.

In 2016, Gallop was appointed a Member of the Order of Australia in the General Division for significant services to sports administration through executive roles with football and rugby league organisations and to the community.

COMPPS Executive Director, Malcolm Speed, paid tribute to Sutherland and his contribution to Australian Sport over the past 25 years and more recently as the Chairperson of COMPPS, and congratulated Gallop on his new appointment, stating “James has provided strong and sound leadership for the Chief Executives of the other sports that operate under the COMPPS banner.

“He is highly respected by the other Chief Executives and they have responded well to his leadership.

“David will be an excellent replacement for James with a wide experience across two major professional sports and his time as deputy chair of Sport Australia (Australian Sports Commission) provides him a great insight into the role government plays as a major stakeholder in sport,” concluded Speed.

Sutherland congratulated Gallop on his appointment to the role, adding “COMPPS has been critical in ensuring sports work together to innovate and advocate across Australia for the best outcome for athletes, participants and the industry as a whole.

“COMPPS will continue to play a vital role in connecting the major participation sporting bodies as we strive to keep more Australian’s active.

“I congratulate David on his appointment as Chairperson and thank all members for their support during my tenure.”