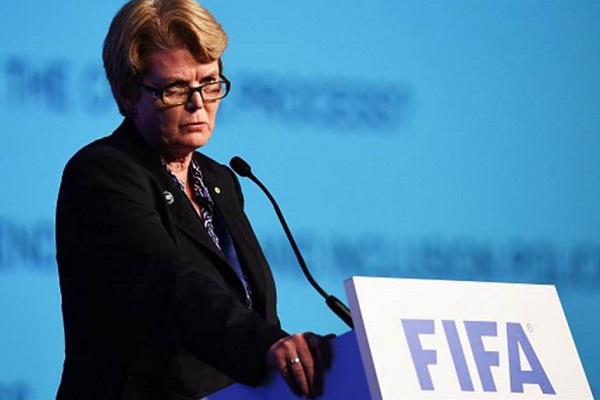 Football Federation Australia (FFA) board member Heather Reid has unreservedly apologised to sacked Matildas coach Alen Stajcic for the “pain and suffering” caused to him by her comments at the time of his dismissal from the role earlier this year.

Reid today admitted sending personal communications to a number of people, including journalists, in which she implied misconduct on the part of Stajcic was behind his departure from his role with the national women’s football team.

Reid, who stood down indefinitely from her position on the board at the end of January to undergo chemotherapy, said she regretted making those statements and withdrew them “entirely and unconditionally”.

FFA issued a separate statement to confirm Stajcic was not sacked on the basis that he had breached his contract or had engaged in any misconduct.

In her statement, Reid advised “I understand that my conduct in making public and private statements may have caused serious damage to Mr Stajcic’s reputation, both in Australia and internationally.

“On 22 January 2019 the Sydney Morning Herald published a story about the termination of Mr Stajcic’s contract by Football Federation Australia, in which I was quoted as saying that if people knew the actual facts about Mr Stajcic’s behaviour ‘they would be shocked’.

“I also, at around this time, sent personal communications to a number of people including various members of the media, in which I suggested that, if the whole truth could be told, Mr Stajcic would never work again in women’s football.

“I understand also that these communications ended up in the hands of other journalists who have used my words to compound the speculation and innuendo as to the reason why Mr Stajcic’s employment was terminated.”

Stajcic was suddenly dismissed on 19th January following an internal confidential ‘wellness audit’ and a gender equality survey that revealed, according to FFA, a “toxic environment” within the national team setup.

Stajcic said his reputation had been left in tatters following his dismissal, although he has since taken over at Central Coast Mariners and was earlier this month offered a three-year deal to stay with the A-League club.

FFA has steadfastly refused to elaborate on the results of the surveys, citing confidentiality, but the lack of transparency contributed to what Stajcic termed “innuendo and speculation”.

Stajcic always maintained he did not engage in any misconduct and in February said he had “never witnessed, never participated in and never acquiesced to the participation of others in any impropriety or misconduct relating to players or the Matildas set-up”.

On Thursday, FFA said any implication that misconduct was a reason for the termination of Stajcic’s contract was wrong.

The FFA statement advised “Alen’s contract was terminated by FFA exercising its contractual right of termination by making a pre-agreed payment in lieu of notice.

“FFA’s decision to do this was reached simply because its board formed the view, following a process undertaken by management, that the Matildas would benefit from a new coach for the FIFA World Cup in France.

“FFA acknowledges that some of the speculation about the termination of Alen’s contract was caused by statements made by one of its directors, Heather Reid. These statements were not made on behalf of FFA and did not reflect the decision of the board or the reasons why it made that decision.”

FFA is understood to have made a substantial compensation payment to Stajcic.

Remarkably, Reid has not offered her resignation from the board and looks set to attend the upcoming FIFA Womens World Cup in France, reportedly at the FFA’s expense.