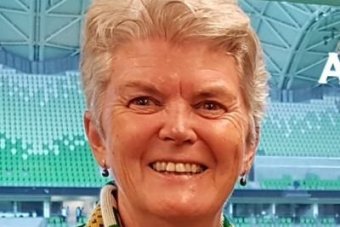 With Reid embroiled in the row over the sacking of Alen Stajcic as coach of the Matildas, the FFA has granted her indefinite absence of leave to undertake chemotherapy treatment.

Yesterday’s announcement came after almost two weeks of intense pressure on Reid and the rest of the FFA board and executives over the process behind Stajcic's dismissal.

Reid last week angrily rejected any accusation that she was directly responsible for the veteran coach being axed just five months out from the FIFA Women's World Cup.

FFA Chairman Chris Nikou announced "our thoughts are with Heather and her family and we wish her a full and speedy recovery.”

It has been reported that Reid will take no further part in the board's search for a new coach, with that decision expected to be made ahead of the Matildas next big tournament, the Cup of Nations, in late February.

Stajcic had his contract terminated after a confidential wellness audit and a gender equality culture survey highlighted what has been described as a toxic environment.

Numerous media reports have described Reid as one of a number of women who were campaigning to replace Stajcic with a female coach - a claim she has denied.

There had also been reports of a ‘lesbian mafia' in and around the Matildas who had sought to advance a specific agenda.

Two of the game's stakeholders - the Association of Australian Football Clubs and Football Supporters Australia - are calling for greater transparency over the sacking of the popular coach.

An accomplished football administrator for more than 40 years and Order of Australia recipient, Reid was the first woman to be appointed as the head of a state football federation when she became Capital Football Chief Executive in 2004.