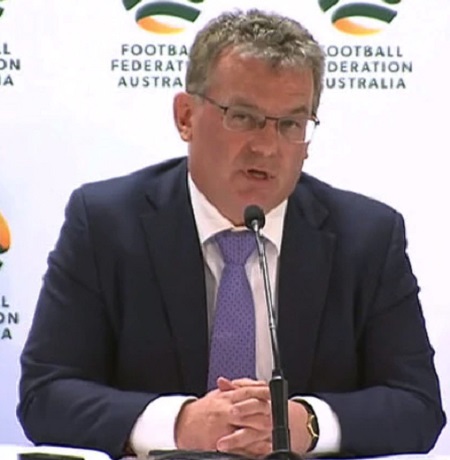 Football Federation Australia has backed the recently released recommendations of the New Leagues Working Group (NLWG), the body made up of a range of stakeholders who have been charged with steering the way for an independent A-League.

With the NLWG established to discuss and provide recommendations on an alternate A-League, W-League and Y-League governance model, FFA Chairman Chris Nikou said the Board noted several important bases for reaching its decision.

Speaking yesterday, Nikou (pictured) advised “endorsement of the NLWG Recommendations was in the Directors’ view in the best interests of FFA.

“This is the beginning of the journey and we must all work together and continue to participate in negotiations regarding a new professional leagues model.

“The recommendations of the NLWG will be considered during negotiations, but there is still plenty to discuss and negotiate.

“The adoption of any new professional leagues model and agreement to enter into any legal agreements to give effect to such a model would be a matter for the FFA Board’s subsequent decision.”

Negotiations over the framework for change are now set to continue with a final blueprint needing to be signed off by 30th June and ratified in time for next season.

Negotiations are expected to involve the game’s nine state federations who, along with Women's Football Council members, have to tick off on the final agreement.

The federations are believed to be seeking a 10% share of any future club sale.