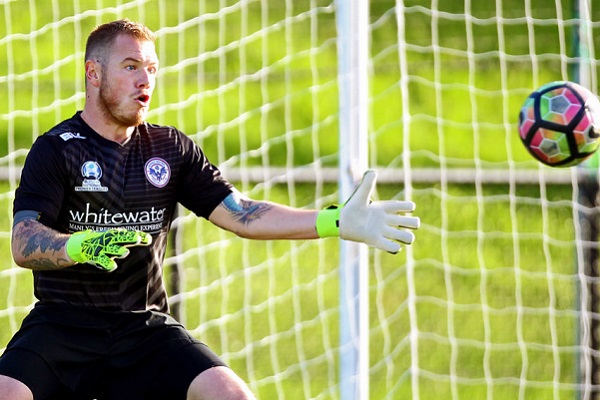 Football Federation Australia (FFA) have revealed plans that would provide depth to the current A-league system and which could lead to promotion and relegation from its elite competition.

Releasing its White Paper: A Plan for a National Second Division in Australia yesterday FFA outlined its key principles for a second tier national competition to sit below the A-League.

FFA Chairman, Chris Nikou said the white paper was prepared by the National Second Division Working Group, to consider the key principles that should underpin a second-tier competition for football in Australia.

Nikou advised “the development of a blueprint for a National Second Division which all stakeholders are aligned with is critical to better connect the various levels and pathways throughout the Australian football ecosystem.

“There is general consensus between the stakeholders involved in this process, the Association of Australian Football Clubs, Professional Footballers Australia, Member Federations and FFA that a sustainable National Second Division would be a significant step forward for football,” he said.

Advising that the purpose of the White Paper is to provide a well-researched way forward, Nikou added “it is not intended to be definitive on the structure and operational aspects of any National Second Division, but rather to reflect the discussions that have taken place and consolidate a vast body of work that has already been done.”

If the plans are adopted, the second-tier competition would feature at least eight clubs and could be up and running by the 2021/22 season, running alongside the A-League during the summer.

Initially, the proposal is to have no movement between divisions for the first five years before eventually opening up the doors for promotion and relegation with the tiers below and then later, involving the A-League.

"If some of them want to step up and put their hand up for A-League expansion, all well and good I say. The five to 10 year window is when we have a realistic conversation around the more difficult subjects around promotion and relegation."

However, the establishment of the National Second Division will have to show that it will be financially viable and sustainable, including the securing of commercial and broadcast arrangements as well as start-up capital.

This will be part of the responsibility of a seven-member steering committee which will be chaired by an FFA representative.

The Association of Australian Football Clubs, representing state league teams, believe second division clubs could operate with a yearly budget of $2.5 million per season, less than half the forecast of the Australian players' union, PFA, suggesting minimal annual running costs of $5.4 million.

The uncertainty over Fox Sports' long-term commitment to Australian football raises further questions over the broadcast of the potential second division which must also buck the trend of second tiers in other codes by attracting considerable commercial partners.

All of those matters are set to be addressed by the steering committee that will oversee the project of establishing the competition, due to report its findings by November this year.

A second division would enable football to improve player pathways, offer more opportunities for Australian players, increase the footprint of professional footprint while also repair relationships with clubs and communities that may be disengaged with the A-League.

The White Paper did not identify preferred markets for clubs but the steering committee will look at including teams from non-major cities as well as potentially reviving failed bids from the recent expansion round, such as Canberra, Wollongong and Tasmania.

There is also an expression from former National Soccer League clubs and existing National Premier League clubs, such as South Melbourne and potential interest from Marconi.

These clubs would also have to meet a requirement of average attendances of at least 3000 by year three or provide a case model on how to achieve those numbers if they hadn’t attained that mark.