Australia to send largest ever team to Tokyo 2020 Olympic Games 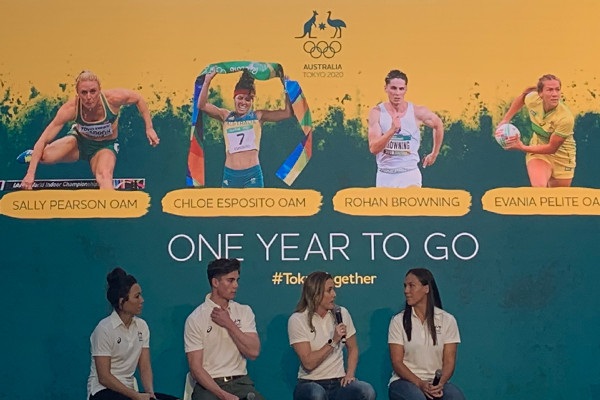 The Australian Olympic Committee (AOC) has today marked the one-year countdown to the 2020 Olympics, announcing that it will to send its largest ever team to the Tokyo Games.

While the Sydney Olympics saw 632 Australians compete on home soil, the 2004 Athens Games hosted 482 Australian athletes – and that figure remains the record for a Games off-shore.

With the AOC looking to send an equal number of male and female athletes, numbers will be expanded to take account of new sports such as surfing, skateboarding and karate being added to the lineup.

The team will also not be looking to attain a set pre-Games medal target, with AOC Chef de Mission for Tokyo, Ian Chesterman, telling 2GB radio that the aim is to better support athletes by getting rid of medal targets.

Chesterman stated “we got that feedback loud and clear after Rio so the AOC has walked away from medal predictions.

“We don’t need to put the added pressure of saying how many we’re going to get, we’re just there to support the athletes.”

WIth athletes both at home and abroad attempting to qualify for the 33 sports that will be represented in Tokyo, Chesterman advised in a statement “every day, somewhere in the world, there are hundreds of Australian athletes training and competing with the sole focus of fulfilling their Olympic dream in Tokyo.

“It’s an enormous credit to these athletes, their families, supporters and the sports who have backed them on this journey, that we can even consider sending a Team of this scale. I wish them the very best over the coming months as they look to qualify for the Games.”

AOC Chief Executive Matt Carroll issued a call for Australians to join in the biggest and most exciting celebration of sport that the Tokyo Games will be.

Carroll advised “the one-hour time difference between Tokyo and Australia is a huge bonus for Australian fans. It’s the closest thing to a home Games.

“Australians have a great opportunity to support their Team and the Olympic competition in real time. It will be the most watched Games in history via Channel Seven and digital platforms.

“To that end, we are working with governments, organisations, sports and our commercial partners to deliver live site opportunities and other celebrations around the country during the Games.

“We want people to come and have a go at Olympic sports, which offer so much diversity. There are 33 sports in the Tokyo programme and exciting new events that will make this such an exciting Games.”

Carroll thanked the AOC family of partners for their support in assisting the Team in its Tokyo journey, adding “the AOC neither receives nor asks for Federal Government funding to send our Team to the Games.

“But the generous, ongoing support of our sponsor family, our Team Appeal efforts in the business and broader community including State Governments, and allocations from the Australian Olympic Foundation, all contribute to the $22 million it costs to send this Team to the Olympic Games in Tokyo.”

24th July not only marks one year until the Opening Ceremony of the Tokyo 2020 Olympic Games, it’s also the day on which Australia is formally invited to participate in the Games by the International Olympic Committee. That invitation will be issued to AOC President John Coates in a ceremony in Tokyo this afternoon.

The AOC has also approved changes to its guidelines following the overhaul of the IOC's Rule 40.

It comes after the Olympic Charter was amended at the IOC Session in Lausanne last month which saw the much-debated rule altered.

Rule 40 previously warned that "no competitor, team official or other team personnel who participates in the Olympic Games may allow his person, name, picture or sports performances to be used for advertising purposes during the Olympic Games".