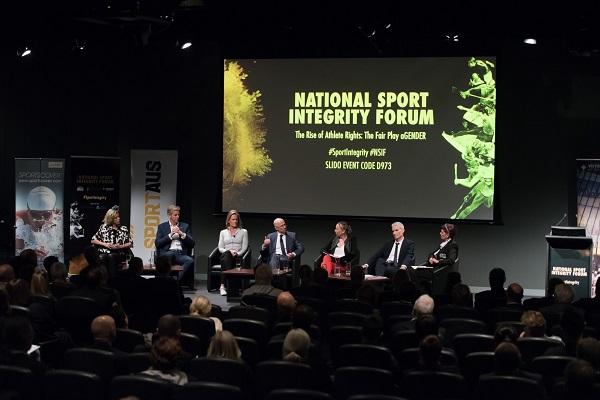 A range of topics from World Athletics’ action on Caster Semenya to Mack Horton’s World Swimming Championship anti-doping protest, equal pay and the collective power of athletes were considered at the fourth National Sport Integrity Forum in Melbourne last night.

Presented as the opening event of the National Sports Convention, the Forum heard from high profile speakers discuss pressing issues of inclusion, equality, fairness, human and athlete rights in sport under the theme The Rise of the Athlete Rights: The Fair Play aGENDER.

One common theme was that rules that should apply for elite sport often aren’t suited for community and grassroots sport, along with the leadership role that sport can take in social issues was also an important theme.

Schwab said the biggest issue facing global, regional and national sport, operating within its own rules and regulations, is having to come to terms with the human rights of all athletes.

He advised “sport needs to ask itself, what are the minimum standards that we expect of an international governing body such as the IOC, which can set global standards? There’s been a view that yes, we must have integrity, we can’t have corruption… but surely one of those minimum standards must be respect for the internationally recognised human rights of the athletes.”

The discussion covered a broad range of gender disparity issues in sport, including pay and prizemoney for female athletes.

On this topic, Craig Foster highlighted three key areas as being crucial - a voice at the table, a collective approach by women stepping forward to exert their rights, and the support of male champions.

Foster advised “these brave, courageous female athletes who are standing up in their domestic context haven’t come together on a global scale to really be advocates for change.”

Acknowledging the efforts of the Matildas and the U.S. Women’s Football Team, Foster added “the females in international football should be able to exert their rights and step up collectively now. You talk about athletes’ rights and athlete activism… that should happen right now.

“But also, we’ve seen very few globally recognised, legendary male players come out in support. So if Lionel Messi or Cristiano Ronaldo or the great players in world football were to now come out and say for Megan Rapinoe and the Matildas who are so courageous and showing great leadership, not just for sport but for social cause right across the fabric of society… I would love to see our male superstar players globally come out and say we support the Matildas, we support Megan Rapinoe and the U.S. national team. And that includes the male U.S. national team.”

On the rise of the athlete’s voice and the manner in which athletes such as Israel Folau and Mack Horton express their view, Schwab believes balance is key. 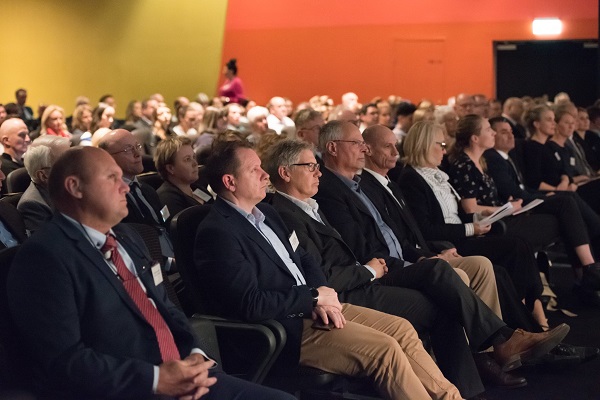 The Swiss-based sports lawyer noted “freedom of speech is not an absolute right (and) we condemn hate speech.

“But I think sport is stronger if it celebrates its diversity not its sameness and I think that we have come a long way, but what I think needs to occur is we need the activism.”

“That player had the right to go to work without being vilified and placed in a position of harassment on the basis of his race. And a sport that respected non-discrimination would have acted proactively to say well I don’t have to be satisfied why he’s being booed, I just need to be aware that there’s a risk, there’s a risk that he’s being booed on the basis of his race and I am now going to act as the governing body of sport to minimise that and create a safe space and I think if sport acts proactively to be inclusive and to respect rights there will be a profound difference.”

Significant debate centred on how female sport can remain protected, while also inclusive.

Dr Bridie O’Donnell described sport as quite binary, with clear distinctions such as winning or losing, being offside or onside, being right or wrong, being overweight or within weight. She attributed the “grey area” of including transgender and DSD (differences of sexual development) athletes as being the cause of people’s anxiety and challenged the notion that this disrupts an otherwise level playing field.

Dr O’Donnell stated “women with elevated testosterone and trans women were thought to have had an ‘intolerable fairness’, but that other types of people can have ‘tolerable fairness’ like extremely long wingspan or an amazing ability to tolerate lactic acid or being born to very wealthy parents willing to invest in you or not being born in a country of major poverty and civil war. So sport is not fair. It’s not a level playing field.”

Tamsyn Lewis Manou, who experienced competition against DSD athletes first-hand, said the DSD athletes she raced against not only won always, but they won by a big margin. Lewis Manou said the conversation is not about Caster Semenya specifically, but about all DSD athletes and what it means for elite women’s competition today and into the future while sport categories exist as male and female.

Sharing her strong belief that elite sport should be divided based on biological sex, with gender identity being a separate issue, Lewis Manou stated “I understand the advantage that DSD athletes have, particularly in 800’s and in particular at the back end of the race and it is pretty much impossible for XX chromosome females to compete.”

While resolute in her position that the women’s category must be protected in elite sport, Lewis Manou acknowledged that “the one common ground that we have is that nobody wants to exclude anyone from competing in sport. You need to separate elite sport from community and club sport.”

Former touring professional golfer and transitioned woman Mianne Bagger was at the forefront of inclusion of transgender athletes in women’s competition when she initiated rule changes that granted her eligibility back in 2004. Bagger said she felt included during her career, but also said not enough was being done to look at this from the female athlete’s perspective. She felt people needed to be able to ask questions.

Bagger stated “It was always very important to me to be open about my life and to let anybody question what was going on, rather than being told not to question and told you’ve just got to accept this. It was very important for me at the time to turn up to tournaments, meet players, meet administrators, and just let them ask questions and to try and help educate them as best as I could from what I knew at the time and my own lived experience.”

The National Sports Convention is running until Thursday 25th July.

Images: Speakers (top) and the audience (below) at the Fourth National Sport Integrity Forum.