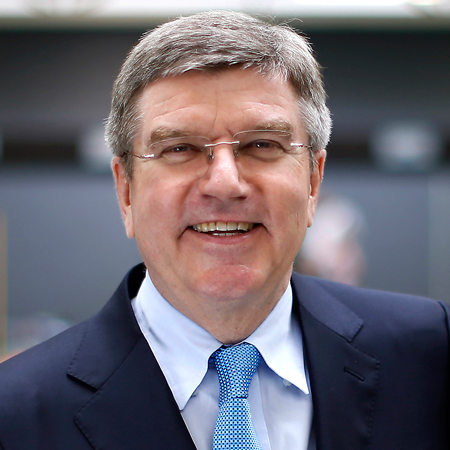 Speaking as he arrived in Australia over the weekend, Bach said Brisbane's feasibility study perfectly reflected the requirements of the IOC, particularly regarding the use of existing facilities.

He told a press conference in Sydney that if the region improved its transport network, "(it) would lead to, I think, a pretty strong candidature", stating "the first stage is for the Australians and for the Queenslanders, to say 'yes we want to be a host to the entire world'."

Bach will be in Brisbane today (6th May) where he will meet the Lord Mayor and visit many of the city's current sporting facilities.

Bach who became IOC Ppresident in 2013 is mindful that finding cities willing to incur the expense of holding an Olympic Games is becoming increasingly challenging.

The selections of Paris and Los Angeles for the 2024 and 2028 Games came after numerous cities, including Budapest, Rome, Calgary, Boston and Hamburg, expressed interest then dropped out, several after being officially accepted as candidates.

The problem is continuing in finding a host for the 2026 Winter Games, with the IOC to choose between Milan/Cortina and Stockholm/Are on 24th June after local opposition forced Sion in Switzerland and Graz/Schladming (Austria) to withdraw.

Agence France Press quoted an unnamed Games consultant as saying, "the current batch of high profile cities/nations expressing interest for 2032 has been quietly and efficiently orchestrated by the IOC to help counter the received wisdom that the bid process is in trouble.

"It is still very early in the 2032 bid process as technically the decision does not need to be made until 2025 so normally you would not start the bid process until 2023. However, the process is changing with greater concerns on making it easier and cheaper and more transparent for cities to express interest in bidding and stay in the race."

Bach, who is expected in Gold Coast on Tuesday, was in Sydney at the invitation of John Coates, President of the Australian Olympic Committee.

Speaking in the 2000 Olympic host city Bach said that he does not want "too many losers" among the candidates, suggesting that some cities might be discouraged from continuing their bids.

Brisbane is using this week's SportAccord Gold Coast event to further promote its possible bid for the 2032 Summer Olympics.

With the next two Olympics in Europe and North America, the 2032 Games should logically take place in the Asia-Pacific region.

Because Paris, in 2024 and Los Angeles, in 2028, were selected unopposed in 2017, it has been suggested that the IOC also needs a healthy number of bidders to restore faith in the process.

The IOC will not select a host until 2025, but already several cities have bids in various stages of public development.

The Indonesian capital of Jakarta, which hosted the last Asian Games, has officially applied while the Indian city of Mumbai has also expressed interest.

In February, the IOC encouraged a joint bid from the two Koreas, to continue the rapprochement Olympic officials believe was initiated at the Winter Games in Pyeongchang in 2018 where the two Koreas marched under a common flag.

The five day SportAccord convention, which brings together the international sports federations under the patronage of the IOC is being held until Friday 10th May.