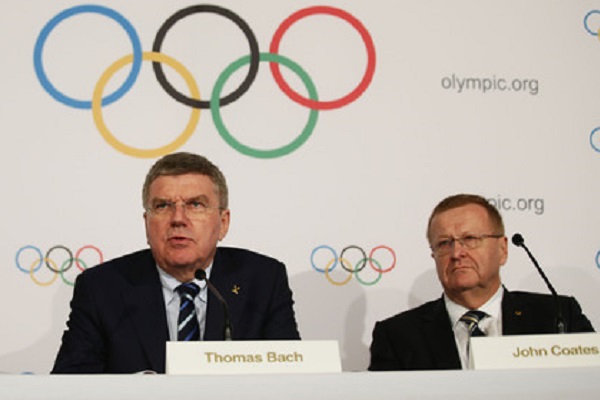 Bach will address the AGM, to be held in Sydney's Foundation Hall on 4th May, will also be presented with the President's Trophy by Australian Olympic Committee President John Coates.

Coates initiated the President's Trophy in 2018 to recognise long-serving leaders within the Olympic Movement.

An Order of Merit will also be presented to former sprinter Raelene Boyle, who represented Australia at the Mexico 1968 and Munich 1972 Olympic Games, winning three silver medals.

The Order of Merit is given to someone who has achieved highly in the sporting world, whether through personal achievement or contribution to the development of sport.

Coates will then give his review of the year and will focus his opening speech on the state of the Olympic movement in Australia and what he sees as ‘threats’ to the independence of the AOC.

The AOC has published its annual report and agenda ready for the AGM.

It also points towards AOC's success in expanding its community engagement profile with the successful roll-out of the Olympics Unleashed program in primary schools in Queensland and the decision by the NSW Government to adopt the program in NSW secondary schools.

He notes that the IOC's new approach to Games hosting makes a bid for the Games more affordable, but indicated the transport infrastructure in Queensland would have to improve.

Financially, the annual report shows the AOC is on track to reach its sponsorship and licensing target across the four-year period leading into the Tokyo 2020 Olympic and Paralympic Games.