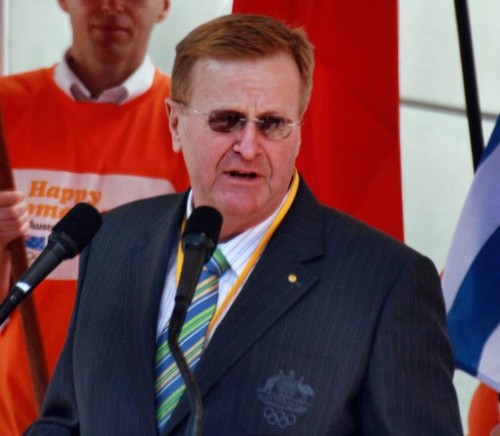 The Australian Olympic Committee has re-elected John Coates as its President for another term, surviving a challenge from former Olympian and businesswoman Danni Roche in a vote held this morning.

After a divisive campaign focusing on claims of extravagence and a culture of bullying at the Australian Olympic Committee (AOC), Coates won a secret ballot at the AOC’s general meeting in Sydney this morning by a significant margin, securing 58 votes to Roche’s 35.

The vote represented the forst time Coates had faced a challenge to his position in 27 years.

The campaign centred around the sporting administrative experience of Coates, who is also a Vice-President of the International Olympic Committee, and his substantial salary as President - reportedly $700,000 a year.

While re-elected, the strength of his challenger’s campaign will put pressure on Coates to change the way the AOC is run. Roche had promised to drive reforms to the AOC’s culture and governance, while slashing overheads and the President’s exorbitant salary to reinvest into sports development.

Prior to the election, Coates promised to cede some power to recently appointed Chief Eexecutive Matt Carroll - something he had been reluctant to do in the past.

The focus will now turn to the impact his re-election will have on the already strained relationship with the Australian Sports Commission (ASC). Coates and ASC Chair, John Wylie, have publicly fallen out, and Coates has described Roche, an ASC board member, as Wylie’s “puppet”.

Coates also recently described Wylie as a “cunt” in an interview with the Australian Financial Review.

He will continue on his roles with the IOC which include being the Chair of the IOC Coordination Commission for the Tokyo 2020 Olympic and Paralympic Games.

Ian Chesterman and Helen Brownlee were elected for the two Vice President roles.