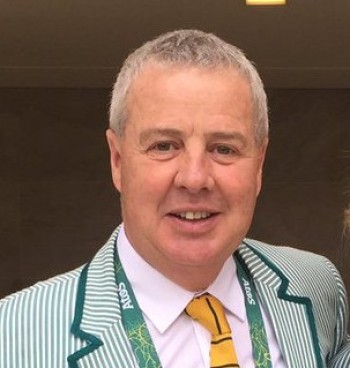 Following this week’s announcement that controversial Australian Olympic Committee (AOC) Media Director Mike Tancred is to leave the organisation, SkyNews has revealed that he will still receive a $125,000 'retention incentive payment' that was due to be paid after the Tokyo Olympics.

Even though Tancred has been made redundant three years before the opening ceremony of the 2020 Games, AOC Chief Executive Matt Carroll agreed to honour the $125,000 bonus.

The bonus was proposed two years ago by AOC President John Coates.

When added to Tancred's redundancy and leave entitlements, he will walk away with a payout close to $500,000.

Tancred ended his 18-year employment with the Olympic body, in what the AOC presented as a 'corporate restructure'.

Tancred has not worked since April, when he was stood down from all AOC duties over bullying allegations, of which he was cleared by an independent committee.

Commenting to The Australian on Tancred’s departure, Coates said his former he lost his job due to “one terrible outburst”.

Coates said he was “very sad’’ that Tancred had left the organisation, adding “he was, by his own admission, very silly in the way he responded to Fiona ... but he’s given 18 years of wonderful service to the AOC.

“I am very sorry that he’s been subjected to what he has been for one terrible outburst.”