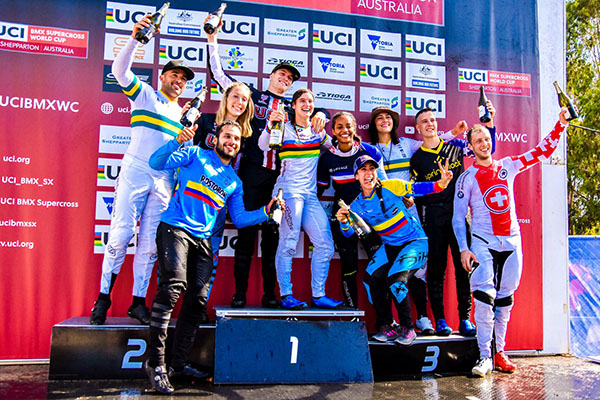 Following their successful hosting of the 2020 Union Cycliste Internationale (UCI) BMX Supercross World Cup over 1st and 2nd February this year, Greater Shepparton City Council has been recognised as a finalist in the Australian Event Awards.

Greater Shepparton City Council officers submitted an application to the Australian Event Awards and have been listed as a finalist for the state in Best Regional Event category.

This was the first UCI BMX Supercorss World Cup to be held in Australia in more than a decade and the first ever held regionally joining international cities like Paris, Manchester and Madrid as hosts of the event.

197 riders from 26 different countries brought over 3,000 visitors to the World Cup across three days of competition with 83% from outside the Greater Shepparton region. Of the riders their support crew, friends and family made up around 500 international travellers who stayed in the region for over a week long period. 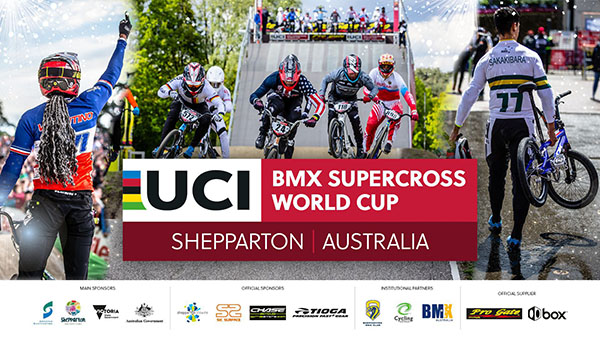 Greater Shepparton City Council Mayor Councillor Seema Abdullah said this was one of the most prestigious event the city has ever hosted and noted “the BMX World Cup was a significant coup for the region adding to our reputation as a regional sporting event capital.

“We welcomed international visitors to our region as well as those travelling from across Australia to see the world’s best riders at our track generating an economic impact of $3.47 million.

Mayor Abdullah added “to make this event a real community celebration and in order to generate additional visitation, Council created a festival of international cycling program which brought the opening round of the BMX Australia National Series on the Friday evening and Bikes and Bites festival at Victoria Park Lake on the Saturday evening which drew a crowd of 4,000 to the lake precinct.

“Further to the programmed events, a legacy development program in conjunction with BMX Victoria, Shepparton BMX club and local schools will be rolled out post COVID-19.

“Council would like to thank all the local businesses and community members who supported the world cup event along with our funding partners the Federal Government and Victorian Government.  Without everyone’s support this event would not have been as successful.

“Hosting international events like these which are broadcast right around the globe, helps build our brand and position Greater Shepparton as a vibrant livable city.

Mayor Abdullah concluded “receiving a finalist placement from the high-profile awards is a tremendous achievement for our region.

“Although our local events are put on hold so we can focus on slowing the spread of COVID-19 we look forward to hosting celebrations in the community once again when it is safe to do so.”

Winners of the Australian Event Awards will be announced on Wednesday 21st October.