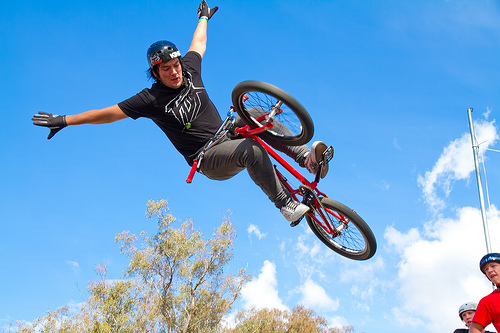 New Zealand Economic Development Minister Gerry Brownlee has announced that the government will contribute up to $350,000 from the Major Events Development Fund towards the 2013 UCI BMX World Championships.

Bike New Zealand announced this week that it has won the rights to host the BMX World Championships in Auckland at Vector Arena from 25th to 28th July 2013.

The funding will support delivery and hosting of the event.

The Minister added "the championships attract the world's best BMX riders. Hosting the event in New Zealand gives BMX athletes an opportunity to compete in front of a home crowd and many New Zealanders will have a chance to attend and experience a world class BMX competition.

"While the event will be held indoors, local video footage of New Zealand will be included in international television broadcasts that will showcase our country to the world."

Government will work closely with Bike New Zealand and Auckland City Council to help make this event a success.

Minister Brownlee concluded "we are committed to working with the events sector to help attract, deliver and grow high quality major events that fit with the government's Major Events strategy.

"Hosting events like the BMX World Championships showcases New Zealand as a major events destination and strengthens our relationships with international sporting organisations such as the UCI."

For more information go to www.bikenz.org.nz