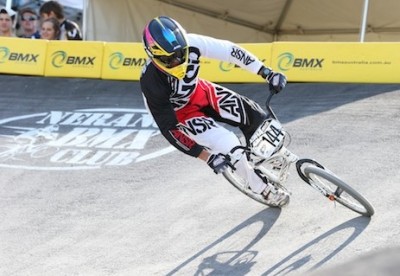 The Gold Coast will host one of the first national sporting events of the New Year with 600 entries expected for round one and two of BMX Australia’s National Series in Nerang on 2nd and 3rd January.

Elite riders from the United States, Japan and New Zealand will join Australia’s world number one Caroline Buchanan, Gold Coast based Olympic contenders Bodi Turner and Melinda McLeod and a host of young local riders for the two day event hosted by the Nerang BMX club.

The age group ranks will see a number of world age champions as well as competitors from New Zealand and Japan.

Nerang BMX Club President Rob Duff said the event was massive for the local community and a great opportunity for the Gold Coast, stating “this event is fantastic.

Duff said the family atmosphere created at the Nerang track allowed youngsters to rub shoulders with the sport’s most established stars.

He added “you have riders like Caroline Buchanan, she’s been a world champion and she is number one in the world now.

“When she comes to the Nerang event she gets in there with the kids and talks to them, they get photos and autographs and they all feel part of it. It’s a great showcase for the sport and the Gold Coast too.”

The action kicks off with practice from 2.30pm Friday 2nd January. Racing is set to get underway at 4pm and finals at 7.45pm following a fireworks display.

On Saturday things get going at 8am.

For more information go to www.bmxaustralia.com.au