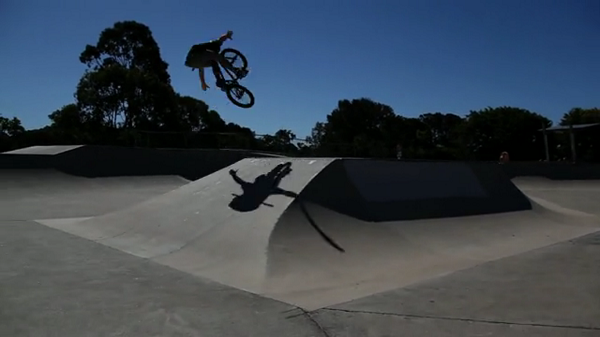 The Australian Institute of Sport's (AIS) BMX home on Queensland's Gold Coast has been opened by Federal Minister for Sport Kate Lundy.

Reaffirming (according to a press statement) "Australia's commitment to world class high performance cycling", the AIS facility at Pizzey Park, which has accommodated the canoe sprint program since 1991, is now also home to triathlon and BMX after a $1.8 million upgrade.

The AIS cycling track program has been run in Adelaide since 1987 while the road program operates predominantly in Italy.

Opening the upgraded facility, Senator Lundy said athletes from Pizzey Park are expected to perform well in this year's Olympic Games in London, stating "Australia is a world leader in all three of the sports housed in this fantastic complex (and) we're optimistic many athletes from this centre will be among the medal winners in London."

AIS Director Matt Favier said Pizzey Park would also be the high performance training hub for other athletes training in the area and its upgrade demonstrated the strong partnership between the AIS and the Queensland Academy of Sport (QAS).

Favier explained "strong partnerships between state-based academies and institutes and the AIS are crucial to the future development of our elite athletes.

"The QAS are a key partner in the delivery of the AIS sprint canoe program and support many of the athletes who are based out of the centre through dual AIS/QAS scholarships."

Senator Lundy added the Pizzey Park now had a fully equipped recovery centre, access to training venues, storage for boats and equipment as well as office space for the programs coaches and staff.

"It will provide these programs and athletes an ideal environment to strive for success in the lead into the 2012 London Olympic Games and beyond to the 2016 Rio Games."