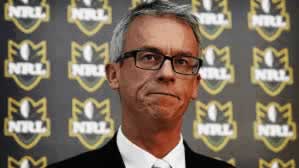 David Gallop, acting Chairman of the Australian Sports Commission (ASC) has welcomed the release of Australian Sport: The Pathway to Success and the $325 million in additional ongoing funding for sport.

Gallop said that Australian Sport: The Pathway to Success was the starting point of an important new chapter in Australian sport.

"The Commission Board supports the focus on the main themes of this new direction which include increasing the numbers of Australians participating in sport, strengthening sporting pathways to link grassroots and high performance sport, and striving for success.

"A total of $325 million over four years will be provided as ongoing funding for sport, through the Commission including $195 million in new funding â the biggest single funding increase delivered to the Commission in its history.

"This record investment will be rolled into the Commission's funding base, which means for the first time the Board will be able to provide national sporting organisations with four year ârollingâ funding commitments and better certainty for Australian sport as a whole.

"I also welcome the Governments new integrated direction that is focused on supporting our high performance athletes, and also boosting participation for the benefit of sport and broader community goals.

"A National Sport and Active Recreation Policy Framework underpins the Government's new direction - which will foster a whole-of-sport approach to sport in a new partnership between the Commonwealth and State and Territory Governments.

"The Framework will also be supported by new partnerships between jurisdictions that will achieve long overdue alignment of the Australian Institute of Sport and State Institutes of Sport/State Academies of Sport (SIS/SAS), and strengthen our high performance systems.

"Consistent with the new focus on a more collaborative and effective sports system, the Commission will be working closely with its key partners, national sporting organisations and state and territory departments of sport and recreation over the next few months in the allocation of the full package to ensure the new funding investments are strategic and leveraged to the benefit of the Australian community.

"I encourage Australian sport as a whole to get behind this new direction in partnership with the Commission ensuring that Australian Sport: The Pathway to Success leads us into an era of strengthened growth in sport from grass roots through to high performance."