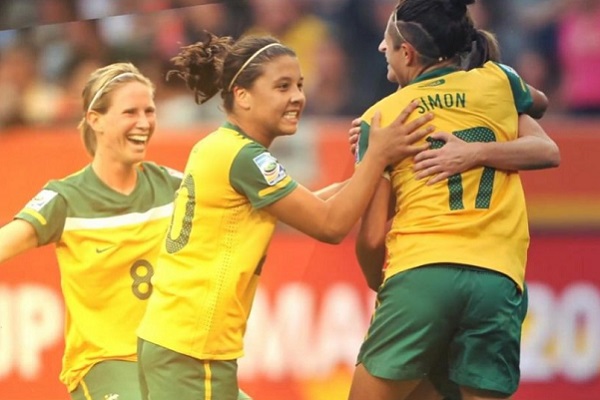 As the Westfield Matildas prepare for their first match in Adelaide in 13 years, the South Australian Government has become the third state - alongside NSW and Queensland - to support Australia’s quest to host the 2023 FIFA Women’s World Cup.

Coopers Stadium, which will play host to the Westfield Matildas game against Chile tonight (12th November) will be the same venue that will be used should Australia win hosting rights for the 2023 tournament.

South Australian Premier Steven Marshall advised that “we’ve been able to reach an agreement and an outcome that allows us to participate (in the bid) and we couldn’t be more excited.

“Now we’re part of ‘Team Australia’ that is going for the bid for the 2023 FIFA Women’s World Cup.

“We’ve got the Matildas here tonight, they haven’t been in South Australia for 13 years and we’re super excited to have them here.”

A big crowd is expected at Coopers Stadium tonight as South Australian fans get the chance to come out and support Ante Milicic’s side. They could also see three local players in action in the Australian team, with South Australian contingent Emma Checker, Sarah Willacy and Jenna McCormick all a part of the squad.

Checker, who was in the crowd the last time the Matildas played in Adelaide in 2006, is delighted her home state is getting behind Australia’s bid commenting “we’re all super excited that South Australia are on board and I thinks it’s (Coopers Stadium) a great venue for 2023.

“The atmosphere there is always unreal. It’s a boutique football stadium and it’s one of the very few that’s creates such a big atmosphere.

“(The World Cup) would be huge for Australia and women’s sport in general. It would be a once in a lifetime opportunity for something like this to be here so it’s something we all want to push for.”