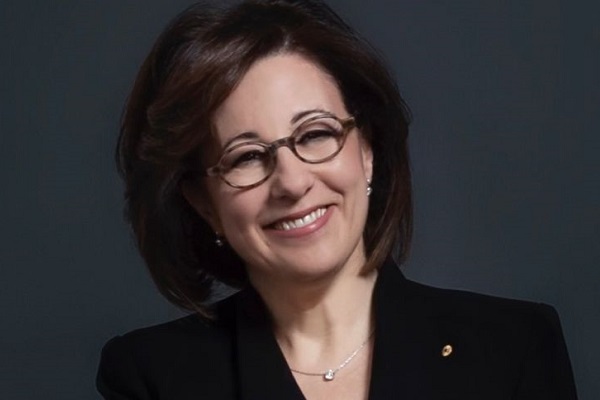 The Australian Sports Commission, comprising Sport Australia and the Australian Institute of Sport has welcomed the International Olympic Committee’s decision to award the 2032 Olympics and Paralympics to Brisbane.

It will be the third time Australia hosts the Games, but this will be by far the longest lead-up – Sydney was announced as host in 1993, seven years before the 2000 Games.

Sukkar notes “when you consider how successful Sydney 2000 was and how those Games still carry an enormous legacy today, the extended build-up to Brisbane 2032 is an incredible opportunity to again unite Australia through sport.

“For a lucky few, competing in Brisbane will represent an opportunity of a lifetime. All of us, however, can benefit from the positive influence of a home Games if we embrace it.

“We must take advantage of the laser-like focus hosting a home Games presents us. It is a chance to drive sport participation, re-invigorate volunteering, elevate our inspiring sporting heroes and continue building our vision for sustainable success across Australian sport.

Sukkar adds “there is a golden decade of major sporting events on home soil ahead, with World Cups or World Championships locked in for basketball, cricket, football, and netball, to name some. Every sport needs to take advantage of this generational opportunity, to capture the hearts and minds of Australians. We are ready for this moment.

“We acknowledge the hard work of all that have contributed to this successful Brisbane 2032 bid, including the Australian Government, Queensland Government, Australian Olympic Committee and Paralympics Australia.”

Australian Institute of Sport Chief Executive Peter Conde said the AIS, along with the National Institute Network, National Sporting Organisations and other high performance partners, had already set strong foundations for a united push towards Brisbane 2032.

Conde highlights “Teamwork can be Australian sport’s greatest strength in the build-up to Brisbane 2032.

“The National High Performance Sport Strategy 2024, signed by all states and territories in 2019, is a great head-start in setting a clear and collective vision for Australian high performance sport. We now have a very strong incentive to produce an even more ambitious National High Performance Strategy with a 2036+ timeframe to ensure we not only take full advantage of the opportunity for a 2032 home Games but that we do so with an eye firmly on the legacy beyond.

“The AIS has already been placing a strong emphasis on coaching development and supporting athlete pathways, including establishing a National Coach Development Taskforce last year. This work is vital in identifying, supporting and progressing our best young sporting talent.”

Dalton enthused “this momentous announcement signals the beginning of an exciting new chapter and offers the most significant opportunity for Australian sport since the turn of the century to capitalise on a runway of major events on home soil.

“One of the key challenges we are currently facing, especially during the pandemic, is the decline in the numbers of children participating in organised sport. The build-up to a home Olympic and Paralympic Games offers an incredible platform to showcase the value of sport and for all sports to sharpen their focus on delivering more ways for children to participate and providing great experiences for all participants.

“Equally there has never been a more important time to focus on our volunteers, who continue to provide the heartbeat of Australian sport. Our work is well underway to modernise and improve the experience for sport volunteers to ensure that anyone who wants to be involved in sport can easily find opportunities and roles to suit them.

“Brisbane 2032 may be 11 years away, but we will continue working hard with sports every day so that all Australians have the opportunity to connect with sport and this global event.”