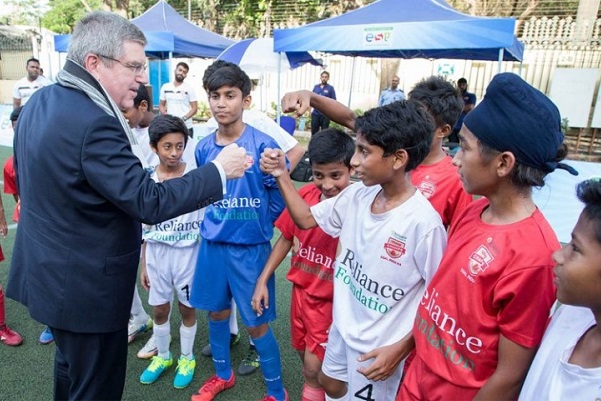 India’s sport officials are reported to be looking to bid to stage the 2032 Olympic Games.

With India looking to assert its global presence, Indian sport officials are looking to build up to a bid with plans to host the 2026 Youth Olympic Games and hosting the International Olympic Committee (IOC) All-members session in Mumbai in 2023.

Indian Olympic Association (IOA) President Narinder Batra told AFP on Friday “we are serious and definitely pitching for the 2026 Youth Olympic Games and the 2032 Olympics.”

In March, the IOC Executive Board chose Mumbai to host the 2023 Session, and the decision is expected to be approved by a membership vote the next time the organisation meets.

Advising that much of the work will need to wait until the fight against COVID-19 ends as India extended its current lockdown Friday for at least another two weeks, Batra advised "now there is a team that visits the various venues and you keep talking to them and then they submit a report.

“It is a continuous process which I believe will see no activity until December.

“This is not the time to talk with business houses or government about pitching for the Olympics. The first thing should be how we sort out this problem which has come into the world.”

Traditionally the IOC has elected host cities seven years prior to the opening ceremonies which would put the 2032 vote in 2025. However, last year's IOC reforms dropped all timelines and IOC President Thomas Bach indicated that the new Summer Games host could be elected as early as next year.

With no competition to host the 2024 and 2028 Games - which Paris and Los Angeles agreed to host consecutively - IOC President Bach has been keen to encourage a bidding contest for the 2032 Olympics.

A bid by South East Queensland is considered the front runner in the race after officially entering last December while the Indonesian capital of Jakarta has also expressed interest in hosting the XXXV Olympiad.