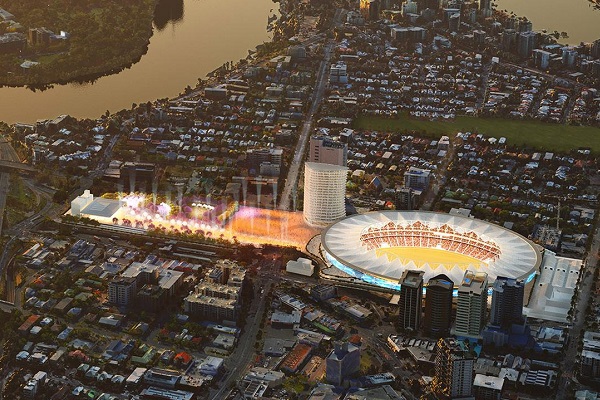 Representatives of Brisbane’s bid to host the 2032 Olympics, including Queensland Premier Annastacia Palaszczuk and Federal Sports Minister Richard Colbeck, have landed in Japan in advance of the International Olympic Committee’s naming of the host for the 2032 Games.

The announcement of the host will be made on Wednesday night following a vote that evening.

If successful, Brisbane’s hosting will be third time that Australia will have hosted the Summer Olympic Games after Melbourne 1956 and Sydney 2000.

Brisbane’s candidacy has been described as "irresistible" by International Olympic Committee (IOC) President Thomas Bach who earlier this year spoke of how south east Queensland’s bid presented "a vision for a sustainable and feasible Olympic Games."

Speaking as he arrived in Tokyo today in advance of the vote, Senator Colbeck advised of the significance of Brisbane’s potential hosting, stating “it’s a huge thing for Australia … it’s the biggest sporting event in the entire world.

“And if you think of the eight, nine, ten year olds who are sitting at home today, aspiring to be an Olympian, the opportunity for them to compete on home soil in just over a decade is enormous.

“It’s a huge opportunity. We saw it in 2000 when Cathy Freeman and so many others performed so brilliantly. So, the opportunity to bring the games back to Australia for a third time, to be the only nation who’s compete- what will be one of only two nations that’s competed at every summer games. So we have a huge history with this and it’s an enormous event for Australia. I’m really looking forward to playing my part in the bidding process to bring the games home.”

While Brisbane Lord Mayor Adrian Schrinner and Australian Olympic Committee President John Coates are also in Japan to support the bid, Premier Palaszczuk has attracted significant criticism from political opponents over her trip.

An online petition with more than 130,000 signatures demanded that she be refused permission to travel overseas due to her backing - alongside other state premiers - of the halving of the cap on Australians returning home to limit the spread of the Delta variant of COVID-19. 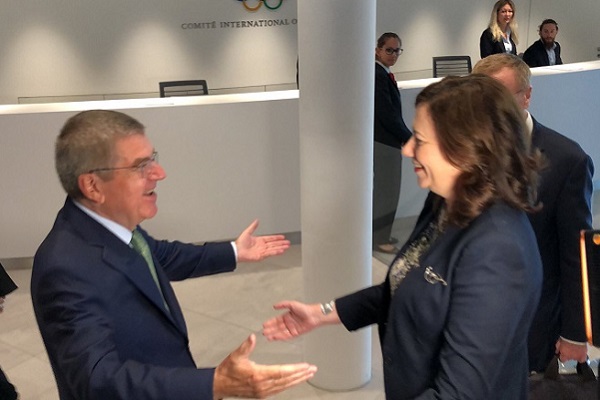 Commenting on suggestions that final lobbying for Brisbane’s bid could have been by a video conference, Senator Colbeck advised “that’s not what the IOC told us.

“They’re allocating to us the biggest sporting event on the planet (so) I think that their request that Australia is personally represented here to present to the IOC is a fair request, and I think it’s reasonable that we make the effort to come.”

Should Brisbane’s bid be successful, celebration areas are being prepared for the announcement with live sites at Brisbane’s Riverside Park, the Gold Coast and Cairns.

Although the IOC’s Future Host Commission says it "gave the opportunity of a presentation and a discussion to the interested parties in the continuous dialogue" some have been critical of the decision to nominate Brisbane Gold Coast for 2032 without a vote.

Budapest in Hungary, Delhi in India, Qatar, Germany’s Ruhr Valley and Indonesia all had Olympic ambitions and at one stage after Pyeongchang 2018, there were even hints of a joint North and South Korean bid.

Image: A redeveloped Gabba is likely to be the centrepiece of a Brisbane Games (top) and Queensland Premier Annastacia Palaszczuk (pictured below greeting IOC President Thomas Bach) has attracted significant criticism from political opponents over her trip to Tokyo.