Planned Brisbane Live development could be a 2032 Olympics venue 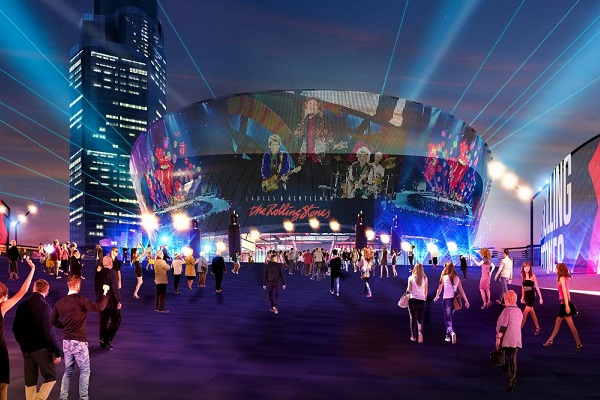 Seemingly not mentioned in the documents submitted to the International Olympic Committee (IOC) that made up Brisbane's bid to host the 2032 Games, the Brisbane Live proposal has been touted as a potential Olympic venue if the city secures the Games.

With the IOC having last week declared Brisbane as the ‘preferred candidate city’ to host the 2032 Olympics, Queensland Premier Annastacia Palaszczuk yesterday made reference to the Brisbane Live development.

Included in a proposed development scheme document published by the Cross River Rail Delivery Authority, the $2 billion Brisbane Live above the Roma Street station and railyards in the city’s CBD, has been promoted by ASM Global (Asia Pacific) and its partners as creating a world class entertainment precinct.

Yesterday, Premier Palaszczuk advised that aquatic events in the Brisbane Arena, could be a temporary pool within the Brisbane Live development that would be dismantled after the Games.

Premier Palaszczuk stated “Brisbane Live is one of those infrastructure projects that could be used for a 2032 Olympics as well. It could be used possibly for the swimming.

“We know that we do need a swimming venue, so there are options there about utilising a potential Brisbane Live for swimming but there are discussions that are ongoing.

“I think that Queenslanders would love a music entertainment venue, which would be the legacy (of the Games).”

A market-led proposals that first emerged in 2016, the Queensland Government has cleared the way for the new 18,000-seat Brisbane Live venue over the Roma Street train station.

Commenting on Brisbane Live's potential use as the venue for Olympic swimming, Harvey Lister, APAC Chairman and Chief Executive of ASM Global (Asia Pacific) told local media that installing a temporary pool is feasible, noting "this has been done many times, it was done in the Rod Laver Arena in Melbourne for the World Swimming Championships (in 2007).

“They can go in, and go out, it takes a little bit of time but there is no reason why that can not be done very successfully in an indoor arena.” 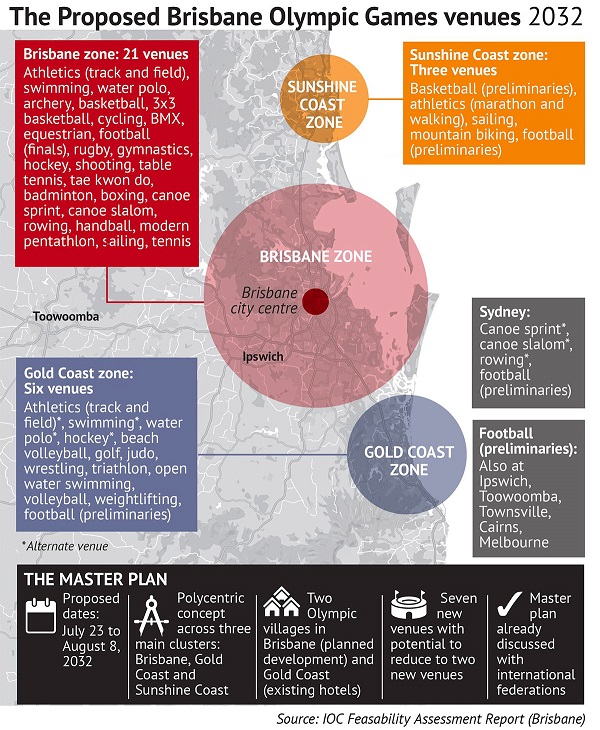 Going on to say that after the Games the venue would be used for concerts, events and indoor sport, Lister added "it is time that Queensland’s capital city has a venue that is similar in scale to the one in Sydney, the one in Melbourne, the one in Perth and that is certainly what the vision is for Brisbane Live.

Speaking about the timeframe for the development, Lister told Australasian Leisure Management last month "the Queensland Government has agreed the delivery of the Cross River Rail project, has their plans complete and the two massive tunnel boring machines are now starting work. “Government can now start planning how the above-ground entertainment precinct will look.

“I think work on Brisbane Live could start around the end of 2023, or early 2024, which is sort of within the timelines of what we have always thought would be the timeline for the delivery of the project.”

Architecture firms Archipelago, Woods Bagot and Populous have prepared a concept design for Brisbane Live showing the development of a major sport, recreation and entertainment facility as a centrepiece for a wider precinct that would create an attractive and human-scale interface with Roma Street and Albert Street.

The most recent  use of a temporary pool for a major international aquatic event came in December 2019, when Myrtha Pools installed a temporary competition pool at Las Vegas’ Mandalay Bay Hotel in the USA or the first International Swimming League grand final.

Images: The concept for the proposed Brisbane Live arena above the new underground Roma Street station (top, credit: Archipelago, Woods Bagot and Populous) and proposed venues for the 2032 Brisbane Olympics (below).