World Rugby has announced an overhaul of its women’s international calendar that will feature WXV, a new yearly three-tier 15s competition from 2023.

Rugby union’s global governing body has pledged an initial US$8.9 million to fund WXV in its first two years as the organisation seeks to take advantage of the commercial growth potential around the women’s game.

The tournament is supported by a new dedicated Women in Rugby commercial program, which will ensure that revenues generated by WXV are driven back into the growth of the women’s game.

The competition will feature 16 international teams competing in three tiers, played annually in the September-October international window, except in Rugby World Cup years. WXV will be staged in a single location and held as a standalone tournament, with promotion and relegation between the three tiers. Qualification will take place based on finishing positions within the respective existing annual regional competitions, such as the Women’s Six Nations.

Under the new calendar, regional competitions must be completed by June in order for teams to qualify and prepare for the WXV.

Announcing that the new competition would increase competition, commercial and fan engagement, World Rugby Chairman, Sir Bill Beaumont advised “this is a landmark moment for the sport.”

“Today’s announcement of a new, global international 15s calendar will underpin the future success and accelerate the development of the women’s game.

“By establishing a unified international 15s calendar and introducing WXV we are creating a platform for the women’s international teams to compete in more consistent, competitive and sustainable competitions at regional and global level.

“At the same time, we are also growing the profile, fanbase and commercial revenue, generating opportunities for women’s rugby through the new Women in Rugby commercial programme.

“This is an ambitious, long-term commitment to make the global game more competitive, to grow the women’s game and support the expansion of Rugby World Cup to 16 teams from 2025 and beyond.” 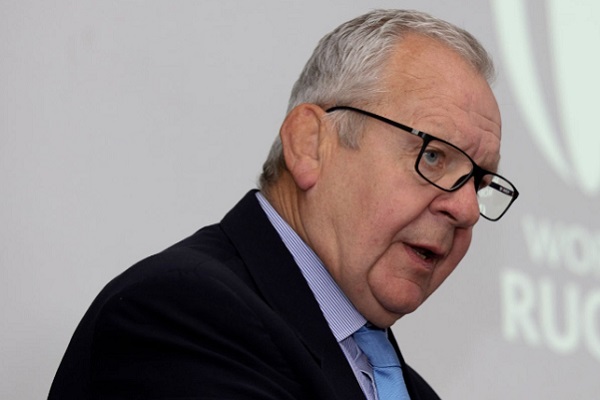 Speaking to the media about the new calendar, Katie Sadleir, General Manager of Women’s Rugby at World Rugby, explained “we’re investing more money into Women’s Rugby than we ever have before. It is the area that we have not cut.

“And we’ve put a lot of pressure on our unions to do the same. We know this is the strategic growth area. We set an ambitious plan back in 2017 to accelerate the global development of women in rugby.

“COVID has hit us, like it has hit the whole game, but it’s an ambitious plan and we’re still putting our foot down on the ground to actually get to those achievements as quickly as possible.”

Sadleir added that the new competition in tandem with the new commercial program would attract “diversified investment opportunities to grow investment into the women’s game.”

WXV Structure
To support this new competition, a new annual cross-region competition featuring Australia, New Zealand, Canada and the USA will be established as one of the main qualification routes for the top tier of WXV.

To make up the WXV 1 competition, the top-tier of the new structure, the top three teams from the Women’s Six Nations (Europe), and the top three teams of the cross-regional tournament will be chosen to play a cross-pool format each year in one location.

Rugby Australia reaction
Advising that the new WXV global competition will increase the game’s profile Rugby Australia Chief Executive, Andy Marinos stated “it is wonderful to get some certainty for our Buildcorp Wallaroos on the back of the unfortunate postponement of the 2021 RWC.

“In Australia, the women’s game continues to see a double-digit growth year on year, and with our Wallaroos now playing in a regular calendar, we hope to see this as a further catalyst to engage new entrants to the game.

“The new format looks exciting and provides our women with the ability to fully engage with the opportunities and rigors of an international competition outside of our borders.”